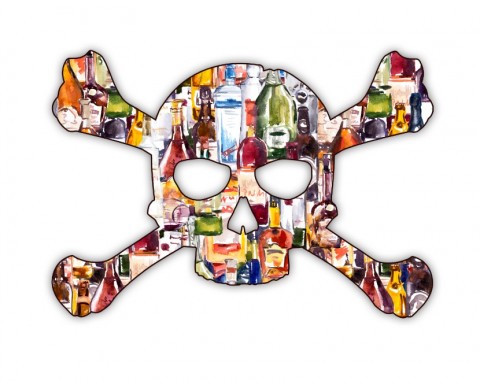 Cancer is the second leading cause of deaths worldwide. Each year, over 12 million people are diagnosed with cancer and more than 7 million persons die from cancer annually. Cancer accounts for nearly 1 in every 6 deaths recorded worldwide. These numbers are frightening, but our lifestyle choices can influence our risk of developing cancer. The findings of a 2017 study published in the Cancer Journal for Clinicians reveal that unhealthy lifestyle choices play a significant causal role in 42% of all cancer cases and in 45% of all cancer deaths in the United States in 2014.

Tobacco use, alcohol consumption, excess body weight, high dietary ingestion of red meat and processed meats, low intake of fruits, vegetables, and dietary fiber, are some of the unhealthy lifestyle and dietary habits that can increase an individual's risk of developing cancer. Alcohol use is a risk factor for many types of cancer, including liver, oral, pharyngeal, laryngeal, esophageal, colorectal, oral, and breast cancers. In 2012, 5.5% of all new cancer cases and 5.8% of all cancer deaths recorded worldwide were linked to alcohol consumption.

Light, moderate and heavy drinking of alcoholic beverages have been associated with a wide variety of malignancies. Evidence has emerged showing a positive correlation between the level of alcohol consumption and the severity of cancer risk. In the words of Dr. Clifford A. Hudis, the chief executive of the American Society of Clinical Oncology, "the more you drink, the higher the risk. It is a pretty linear dose-response." Daily intake of a small glass of beer or wine (about 10 grams of alcohol) increases breast cancer risk in pre-menopausal women by and even more in post-menopausal women.

The Center for Disease Control and Prevention defined moderate drinking as the consumption of one drink per day for women and two drinks per day for men. Individuals who consumed moderate amounts of alcohol have a high tendency of having colorectal, laryngeal and breast cancers; in addition, the chances of developing oral, and esophageal (squamous cell carcinoma), and throat cancers are about two times higher in moderate drinkers than in non-drinkers.

An estimated 38.5% of men and women will be diagnosed with cancer at some point in their lifetime. The good news is that about 30-50% of all cases of cancer are actually preventable. Alcohol consumption is a major contributing factor to the development of different types of cancers. Avoiding alcoholic drinks can go a long in helping individuals to reduce their risk of developing cancer.

(4) Alcohol and laryngeal cancer: an update