McDougall Diet for Pregnancy and Children 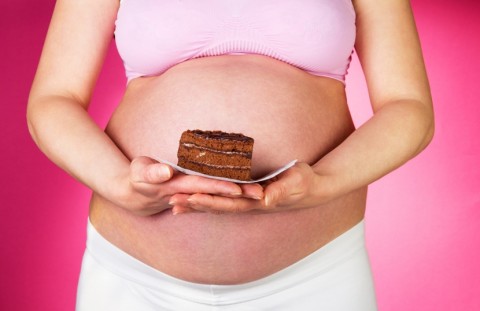 Dr. John McDougall has very generously made his "Advanced Study Weekend" presentation on Pregnancy and Children available for public viewing on YouTube. The Weekend Study took place March of 2013 in Santa Rosa, California.

This one hour presentation covers many topics regarding pregnancy, such as infertility, dietary recommendations, morning sickness, and weight gain. You'll enjoy watching a short video excerpt of Dr. McDougall and Nathan Pritikin (1915-1985), filmed in 1982. Nathan Pritikin was a nutritionist and longevity research pioneer who endorsed a whole-food, starch-based diet, especially during pregnancy.

You will be surprised to learn how big industries use clever marketing strategies to boost the sale of their products. One technique that Dr. McDougall talks about is called "unique positioning," which involves highlighting a particular nutrient which is plentiful in the product. For example, when calcium is mentioned, we think of dairy. The word protein makes us think of meat and eggs, and omega-3 fatty acids is synonymous with eating fish. "Focusing on the abundance of an individual nutrient," Dr. McDougall says, "diverts the consumer's, and often times the professional dietitian's, attention away from the harmful impact on the human body of consuming all kinds of animal foods." Highlighting one particular nutrient while downplaying the risks has proven to be a very effective and profitable marketing tactic.

Another danger Dr. McDougall addresses involves mercury and toxic chemicals found in fish, which can cause birth defects. Multivitamins containing vitamin A and folic acid have also been shown to increase the risk of heart disease, cancer, and even death.

Childhood illnesses such as asthma, allergies, ear infections, acne, and type-1 diabetes, Dr. McDougall believes, would rarely exist if children ate a starch-based diet which supports optimal immune function. Today's children are sick; many illnesses are on the rise, including leukemia, lymphomas, inflammatory arthritis, elevated cholesterol and hypertension. A study revealed that by the age of two, 100% of children already had fatty cholesterol streaks in their blood vessels. If a child continues to eat the rich Western diet, these fatty streaks will turn into severe blockages in adulthood. Evidence of this can been seen in autopsies done on Korean War casualties. Seventy-seven percent of the men examined had significant atherosclerosis by the age of 22 years.

Early puberty is another consequence of consuming the typical American diet. Today, children are experiencing puberty at age 8 and 9 years of age. Some would argue that sugar is the critical factor exacerbating poor health. However, based on the latest scientific research, animal products have been implicated as the causal link between heart disease and numerous other chronic diseases.

Nathan pritikin stated that it's time to demonstrate that this dietary program is not just for sick people, but it's a lifestyle program suitable for every stage of life, especially for endurance athletes desiring to excel in sports.

Lastly, Dr. McDougall concludes his presentation by explaining the legislation he has been diligently working on, especially laws that would require doctors to take courses on basic nutrition.

Perhaps the most rewarding of all, The McDougall Plan was chosen to be the most successful weight loss plan in the USA Today Magazine, The 10 best diets, - March 3,2013.

(4) The Art of Selling Slow Poisons