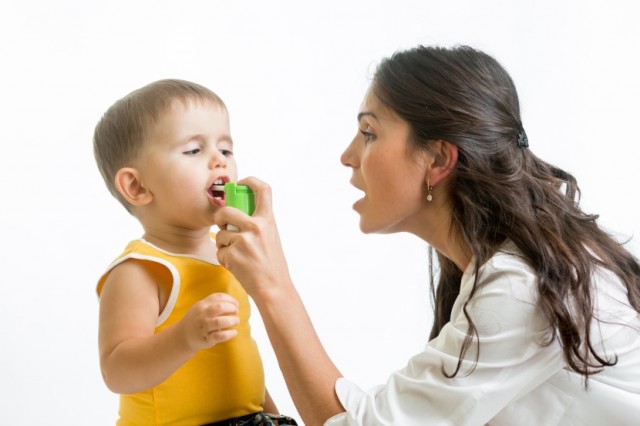 Over 8 percent of children are affected by asthma which involves inflammation and narrowing of the airways. I used to be one of them. As a child I suffered from recurrent asthma that occasionally had me going to the hospital. I was sure it was just the luck of the draw. I had inherited some bad genes. After all I was a lacto-ovo vegetarian and only ate cold pressed olive oil.

While still dating, my husband and I discovered that we were both on the same asthma medications. I could sneak a puff of his inhalers and he could sneak a puff of mine. It was a match made in heaven. And of course he also must have inherited the condition because he was a vegetarian who never ate dairy products although the truth be told, an occasional piece of salmon would sometimes swim into his mouth. He also only ate cold pressed olive oil, and plenty of it.

In March of 2010 I was hired by Rip Esselstyn to work with his Engine 2 Immersions team as their Medical Director. This was an exciting opportunity to work with luminaries like T. Colin Campbell, Michael Klaper MD, Jeff Novick RD, Douglas Lisle PhD and of course Caldwell Esselstyn, Jr. MD. At these meetings I listened intently to the lectures by Rip's esteemed father Caldwell Esselstyn, Jr. MD and memorized his pseudo-mantra. It went something like this: No Oil! I said No Oil! Yes, No Oil!

Armed with this new information, oils and oil filled products were removed from our home. In a very short time, so was asthma. What in the world was going on? Did we just outgrow our childhood asthma? No, not quite. Introducing oil back into my diet will very quickly bring back the asthma. Ask me how I know!

Childhood asthma is on the rise. So is childhood obesity. Joel Fuhrman, MD states that "Obesity is known to mechanically compromise proper function of the lungs and airways and is associated with asthma-related inflammation. It is now widely believed that the rise in childhood obesity is a causative factor for the recent rise in asthma." Dr. Fuhrman has seen"many patients with asthma recover completely and no longer need asthma medication" when eating a nutrient-dense, vegetable-based diet.

Back in May of 2010, John McDougall, MD wrote "Just this month it was reported at the American Thoracic Society meeting in New Orleans that individuals with asthma who consumed a high-fat meal showed increased airway inflammation just hours after their binge. The high-fat meal also appeared to inhibit the response to their asthma medication, such as Ventolin (albuterol)."

So, this explains what happened in my family. Growing up we ate olive oil every day. Hindsight is always 20/20. If I had only known then what I know now. Fortunately, now you know and can learn from my mistakes. Olive, and other oils are basically liquid fat which bring the return of inflammation and asthma within hours, as Dr. McDougall has noted.

Not to pin the entire blame on oils though there are other culprits. Dr. McDougall has also said, and I completely agree with him:

I believe dairy proteins are the most likely offenders when it comes to the allergic component of asthma, and egg proteins may be second.

To prevent your children from developing asthma avoid all pressed oils, dairy proteins and eggs as well as all other forms of animal protein. Instead adopt myStarch-Smart® Systemand receive your nutrition From Sun to Plant to Plate. Dine liberally on starchy and non-starchy vegetables, fruits, legumes and grains, Partake sparingly of nuts and seeds. Enjoy and breathe easy!

For more information regarding asthma, click on the articles below: