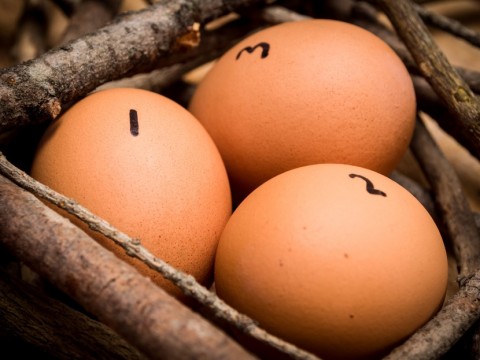 It is one of the unhealthiest foods in the standard American diet, yet it is still one of the most consumed foods in the United States. Thanks to the marketing efforts of the egg industry, eggs are erroneously promoted as a healthy food. But data from numerous studies say otherwise. Habitual consumption of eggs has been linked to several diseases, including stroke, type 2 diabetes, and prostate cancer.

Contrary to popular belief, fats—not sugar— are the main cause of type 2 diabetes. Fats induce insulin resistance, the main feature of type 2 diabetes. Eggs are excellent sources of saturated fatty acids. A single egg contains around 5 grams of fat and between 141 and 234 milligrams of cholesterol. A study that investigated the association between egg intake and type 2 diabetes found out that the consumption of 3 or more eggs per week promoted the onset of type 2 diabetes in the studied population.

A Harvard study revealed that choline not only increased the odds of developing prostate cancer but also accelerated the progression of the disease to an advanced stage. Egg is the main dietary source of choline. The Harvard researchers cited the high choline content of eggs as the major reason for their carcinogenic activity on the prostate gland. Another study published in the journal Cancer Prevention Research showed that men who consumed 2.5 or more eggs per week had 81% higher chances of dying from prostate cancer than men who ate less than 0.5 eggs every week. And if that was not bad enough, other studies have also shown that consuming just 1 egg every 3 days doubles the rate of cancer progression, according to an article by Milton Teske MD.

Every 4 second, 1 person in the United States suffers a stroke attack. Stroke is another deadly disease that can arise from high consumption of eggs. Researchers at Harvard School of Public Health have found a strong connection between increased intake of eggs and elevated risk of hemorrhagic stroke. By consuming more eggs, an individual is increasing his chances of developing hemorrhagic stroke by 41%, according to the study published in the Journal of Stroke.

Thus, we see the scientific evidence here that the egg is neither so edible nor incredible.

(1) Unscrambling the Truth About Eggs

(2) Egg Consumption and Risk of Type 2 Diabetes: a Meta-Analysis of Prospective Studies

Dietary sodium and risk of stroke in the Northern Manhattan study