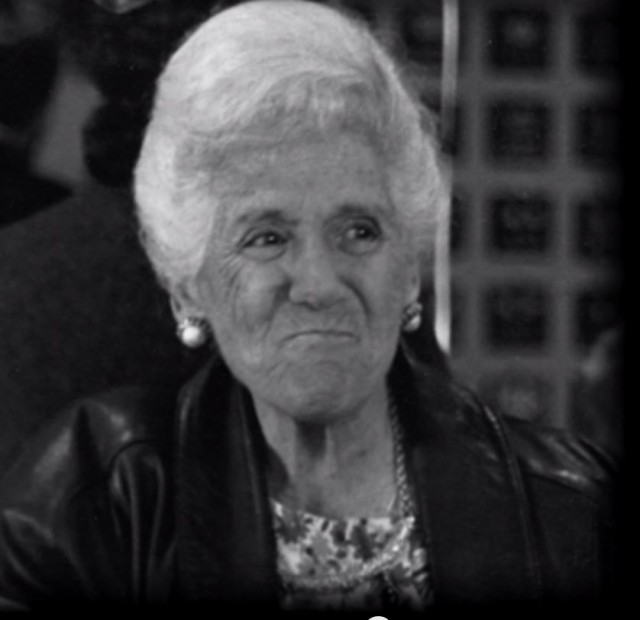 Meet Frances Greger, Dr. Michael Greger's grandmother (in the above two videos). Dr. Greger says that his grandmother "was given a medical death sentence at the age of 65."  Seeing his grandmother's health improve is what inspired Dr. Greger to pursue a career in plant-based medicine.

Frances Greger suffered from heart disease, angina, and claudication. Due to the severity of her illness, she was confined to a wheelchair.  She could "no longer walk without great pain in her chest and legs." Frances had already undergone several bypass surgeries, and because she had no arteries left (for another bypass) doctors had abandoned her to die. She had run out of conventional medicine options to treat her crushing chest pain.

Thankfully, she heard about the work of Nathan Pritikin (1915-1985). Nathan Pritikin was a nutritionist and longevity research pioneer who endorsed a whole-food, starch-based diet, especially during pregnancy.  Nathan Pritikin had also been diagnosed with severe coronary artery disease in his early forties.  His total cholesterol had been running around 300 mg/dL.  His diet consisted of the typical American fare, such as bacon and eggs for breakfast.

Nathan Pritikin had a passion for both research and a desire to cure himself of his heart disease. He developed a low-fat, low-cholesterol, high-carbohydrate diet, which he credits for saving his life. After eliminating all animal products from his diet, his cholesterol fell below the safe 150 mg/dL to approximately 100 mg/dL. His research led him to the conclusion that most illnesses seen in older patients were not due to the natural inevitable consequence of aging, but was due to diets rich in saturated fats and animal products. His desire was to not only treat his own heart disease, but to also eradicate typical Western illnesses caused by the rich Western diet. He founded the Pritikin Longevity Center near Miami, Florida. Nathan Pritikin did successfully reverse his heart disease, which was proven following his death. A thorough autopsy revealed that his coronary arteries were completely clean despite his significant heart disease diagnosed in his forties. His autopsy results were published in the New England Journal of Medicine.

Dr. Greger's grandmother, Frances, arrived at the Pritikin Longevity Center in a wheelchair, but within three weeks of eating a purely plant-based diet, "she was not only out of her wheelchair but was walking ten miles a day." Frances lived another 28 years after switching to a plant-based diet, despite her "medical death sentence" at age 65.

Nathan Pritikin's pioneering research connecting plant-based diets to heart disease cessation paved the way for others to follow in his footsteps such as Dr. Dean Ornish. Dr. Ornish has not only proven that the progression of heart disease can be stopped, but it can also be reversed without the use of drugs or surgery.

(5) Treating the Cause to Prevent and Reverse Heart Disease -  (Video) - Caldwell B. Esselstyn, Jr. MD