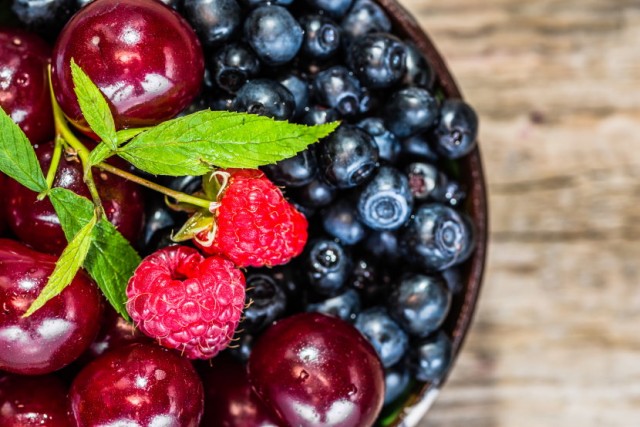 Alzheimer's dementia is a major threat to the health of aging Americans. About 1 in 10 people, age 65 years and above, will develop Alzheimer's disease. Currently, an estimated 5.8 million Americans have Alzheimer's type memory loss, and this number is expected to rise to about 13.8 million by 2050. Alzheimer's disease is debilitating, destroying memory, thinking ability, and precious relationships.

Recently, studies have emerged that demonstrate how an oil-free, plant-based diet of whole, unprocessed foods may help prevent dementia of several kinds, including the Alzheimer's type. A 2009 study that appeared in Frontiers in Aging Neuroscience revealed that foods rich in flavonoids can help protect against this neurodegenerative tragedy. Another study, published in the Journal of Biomedicine and Pharmacotherapy, shows that an increased frequency of consumption of foods high in flavonoids may help to halt the onset of Alzheimer's disease, especially when eaten instead of animal-derived foods.

Researchers have hypothesized that the positive effect of flavonoids on Alzheimer's disease could be their capacity to inhibit cognitive impairment—a risk factor for Alzheimer's disease. The formation and aggregation of amyloid-beta and tau proteins, which are toxic to the brain cells, occurs over the course of Alzheimer's development and progression.  These toxic proteins damage brain neurons, causing symptoms that are characteristic of Alzheimer's dementia. Flavonoids have been shown to inhibit the formation and aggregation of amyloid and tau protein, thus helping to prevent the onset of Alzheimer's as well as slowing progression of disease if already present. The more seafood and pork in the diet, however, the more researchers found amyloid and tau protein. Flavonoids are not found in meat nor dairy.

In 2018, costs topped more than $250 billion dollars for taking care of people with Alzheimer's and other forms of dementia. Yet,eating less fish, poultry, and other animal proteins has been show to help, especially when replaced with more foods high in flavonoids, such as blueberries, apples, and citrus fruits. Plant-based diets may be one simple and inexpensive way to reduce the incidence of this expensive and debilitating disease. Dietary flavonoids eaten in unprocessed whole foods may be a potent weapon that can help your aging family member to fight off the loss of the mind to Alzheimer's. Beat the Odds of Getting Alzheimer's

Nearly half of Americans develop Alzheimer's by age 85. By discovering which plant foods to eat and how to exercise our memory, Neal Barnard, MD, believes we can beat the odds of developing this disease.
https://www.drcarney.com/blog/health-issues/beat-the-odds-of-getting-alzheimer-s A recent study published showed that, "As animal fat and calorie consumption increased, so did obesity rates and prevalence of Alzheimer's disease." The Alzheimer's causation appeared to be primarily dietary.
https://www.drcarney.com/blog/science-inspired/animal-fat-increases-risk-of-alzheimer-s-disease

Dietary flavonoid intake and risk of incident depression in midlife and older women.

Dietary total flavonoids intake and risk of mortality from all causes and cardiovascular disease in the general population: A systematic review and meta-analysis of cohort studies.