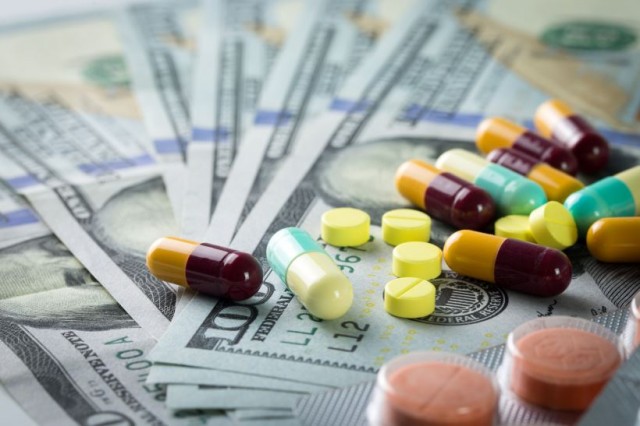 Depression is a serious and complex condition that can have well over 100 different causes. It is estimated that 350 million people worldwide suffer from different levels of depressive thoughts, feelings of hopelessness and anxiety. Depression can be classified into three different categories; mild, moderate and severe with varied duration. Major depression is more common in women than men. Understandably, many patients seek help from their primary care physician in hopes that a prescription drug will help alleviate their symptoms. According to the Centers for Disease Control, prescribing these drugs has risen 400% since 1988. However, concerns regarding the safety and effectiveness of these medications are warranted.

In the video below, Dr. Michael Greger highlights a recent meta-analysis which discusses the efficacy of antidepressant drugs as the first line of therapy for patients with depression. This analysis has generated much attention and controversy regarding the use of these drugs. A meta-analysis collects data from numerous studies in a systematic method. After reviewing the data, a conclusion is then determined. Under the Freedom of Information Act, the researchers submitted a request to the FDA to access both the published and unpublished studies conducted by the pharmaceutical industry.

When the data was examined, the researchers discovered that numerous studies conducted by the pharmaceutical industry showing that antidepressants had no effect on mild to moderate depression and that they were just as effective as a sugar pill had NOT been published and had been hidden and/or concealed. Clinical trials that did show a positive association between antidepressants and depression however, had been well circulated throughout the medical literature. Dr. Greger explains that the "placebo effect can explain the apparent clinical effectiveness of antidepressants." Therefore, by looking at just the published literature that was available, "nearly all of the trials of antidepressants were positive." He continues by saying, "The FDA analysis of the trial data showed that only roughly half of the trials had positive results." In other words, about half the studies showed the drugs didn’t work. Thus, "when published and unpublished data are combined, they fail to show a clinically significant advantage for antidepressant medication over a sugar pill. Not publishing negative results undermines evidence-based medicine and puts millions of patients at risk for using ineffective or unsafe drugs, and this was the case with these antidepressant drugs."

In 2008, studies showed favorable results for Prozac, Serzone, Paxil and Effexor. But sugar pills worked as well, with only a marginal difference between the drug and the placebo. Again, in 2014, when both the published and unpublished data were analyzed, "most (if not all) of the benefits of antidepressants are due to the placebo effect." Doctor Greger mentions that according to the documents studied under the Freedom of Information Act - "The FDA knew about it but made an explicit decision to keep this information from the public and from prescribing physicians."

Treating depression using a chemical approach is highly profitable for the pharmaceutical industry. Mental conditions can be long term and involve multiple medications, resulting in a multi-billion dollar market.

Despite the uncertainties and scientific validity of the data collected for mild to moderate depression, antidepressants have shown to be effective (more than a sugar pill) for those patients suffering from severe depression. Although as Dr. Greger points out, "the response to placebo is almost as strong and is real and powerful" for those with mild to moderate symptoms.

Side effects from taking antidepressants can include blurred vision, sexual dysfunction, weight gain, insomnia, nausea, and gastrointestinal problems. They can produce withdrawal symptoms when patients try to quit, and even more concerning, patients can become severely depressed which increases the risk for suicide. Many times doctors are quick to prescribe these medications without considering any other alternative treatments which have proven to be equally as effective. Because of their limited effectiveness and potential to increase suicidality, these drugs should be used with caution and only as a last resort if other treatment plans have failed. Patients should be informed so they can make the best decision regarding their treatment plan instead of just relying on drugs that have the potential to be addictive and pose serious risks. The good news is that for many patients, diet and lifestyle modifications alone can significantly improve and even alleviate depression. See the links below for more detailed information.

(2) Fighting the Blues With Greens

(4) This Is Your Brain On [Psychotropic] Drugs

(10) Antidepressants and the Placebo Effect

A cross-national relationship between sugar consumption and major depression?

A multi-center randomized controlled trial of a nutrition intervention program in a multi-ethnic adult population in the corporate setting reduces depression and anxiety and improves quality of life: the GEICO Study.

A tomato-rich diet is related to depressive symptoms among an elderly population aged 70 years and over: a population-based, cross-sectional analysis.