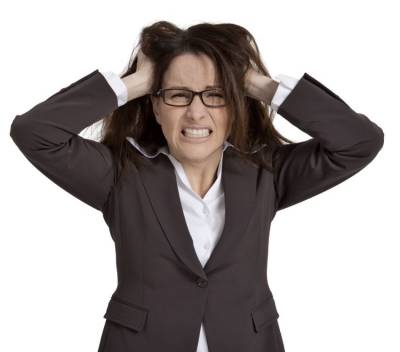 Eating a diet based on whole plant foods has been shown to alleviate depression in many patients. Not surprisingly, women with premenstrual syndrome (PMS) who experience moodiness can see improvements with their emotions as well. Credible research shows that plants actually contain neurotransmitters such as adrenaline, dopamine, serotonin and melatonin in high enough concentrations which can enhance the levels in the blood stream.

Some of the most commonly prescribed medications used for depression work by boosting the levels of the neurotransmitter serotonin, which is many times referred to as the "happy hormone." While serotonin is not needed in the blood, it is necessary in the brain. Despite the fact that plant foods contain serotonin, it's unable to cross the blood-brain barrier. As a result, it doesn't elevate a person's mood no matter how much of it a person may eat. Consequently, in order for serotonin to cross the blood-brain barrier, it relies on an amino acid called tryptophan which can be obtained from our diet. Tryptophan is then converted into serotonin.

When tryptophan levels are low, patients become irritable, annoyed, angry and depressed. Tryptophan supplements have become popular for this reason, though deaths from a fatal flu-like neurological condition have occurred. Improving our mood can be achieved without the possible dangerous side effects from supplements.

A common assertion is that tryptophan is found only in animal products such as turkey. But in reality, tryptophan is a constituent of most protein-based foods, and significant amounts are present in nearly all plant foods.

Tryptophan competes with other amino acids for transport across the blood-brain barrier into the brain. Dr. John McDougall explains, "Contrary to popular belief, the consumption of animal foods may actually decrease tryptophan levels in the brain. Carbohydrates, on the other hand, can boost transport across the blood-brain barrier, which has been used to explain premenstrual cravings." Carbohydrates are only found in plant foods, they are not present in animal products.

This may explain why many women with PMS crave carbohydrates or chocolate the week of their monthly cycle. Their brain could be trying to send a signal to boost tryptophan levels in order to feel better. The temporary euphoric high associated with chocolate however, is mainly due to the high fat and sugar content which stimulates the pleasure center of the brain (not from the small amount of tryptophan it contains).

Although carbohydrate rich plant foods were found to boost tryptophan levels better than animal foods, foods with a high tryptophan to total protein ratio maximized the mood elevating benefits. Foods that were tested included sesame, sunflower, and pumpkin seeds.Because butternut squash seeds also have a high tryptophan to protein ratio, researchers conducted a study to see how effective they would be for patients who suffered from social anxiety and phobia. The study reported a significant improvement in those that consumed squash seed bars.

Another reason why a whole-food, plant-based diet alleviates PMS symptoms is due to the lower levels of circulating hormones. Older women also benefit greatly due to the diet'sability to reduce and even prevent many menopausal symptoms, such as hot flashes, food cravings, depression, irritability and anxiety without the use of hormone replacement therapy.

The secret to raising levels of serotonin in the brain may be as simple as eating a diet based on unrefined, whole plant foods. Other dietary factors may also attribute to depression as Dr. Greger explains, "In addition to the drop in brain tryptophan levels associated with animal product consumption, arachidonic acid present in animal foods may also contribute to negative mood states through an inflammatory mechanism." For more information regarding inflammation and mood, clickon the following links: (1) Plant-Based Diet and Mood (2) Inflammatory Remarks About Arachidonic Acid (3) Chicken, Eggs and Inflammation

You can also watch a Facebook live video recently posted of my giving a talk on which foods promote anxiety and depression.

(1) Fighting the Blues With Greens

(4) The Wrong Way to Boost Serotonin

(5) A Better Way to Boost Serotonin

(6)The Best Way to Boost Serotonin

(7) How To Boost Serotonin Naturally

(8) This Is Your Brain On [Psychotropic] Drugs

(9) The Smoke and Mirrors behind Wheat Belly and Grain Brain