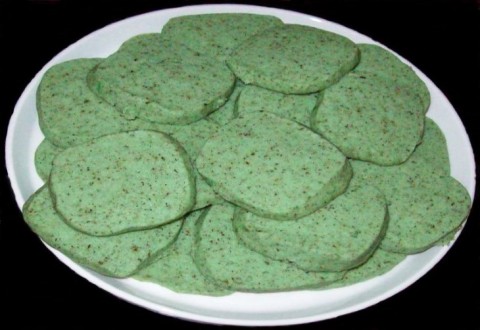 This is part 3 in the Fad Diets series. Please also see Part 1 and Part 2.

During the 1970's I worked as a repair technician at a high-end audiophile shop. I loved working with that equipment. It was all handcrafted works of art composed from the heart of its designer. The design goal was perfectly faithful music reproduction. Ease of manufacture was of little concern. There was only a hand-full of companies making such equipment, yet competition was more supportive than competitive; each regarding the other in high esteem. Planned obsolescence was yet an unknown concept. It was an era of innocence.

In the 80's, new companies began to emerge that discovered the power of marketing. They found the power of opinion and how easy it was to create and mold public opinion. With that, they produced inferior equipment marketed as "high-end" and sold at a fraction of the cost. I was dismayed to watch the innocent artistic era decay into a marketing era. Performance flaws were given technical names, complete with specifications and marketed as "enhanced". Customers then concluded that the new equipment was much better because the original classics did not have the "enhanced" specs. The new products often included a facade of the classic equipment, with inferior components inside. Iron weights were often hidden inside to make it feel substantial like the classics. Eventually, the expectation of perfect "live" performance gave way to "cool factor" and "enhanced " features.

Ok, so, how does this relate to nutrition? ... It's exactly the same - except more tragic. Practically everything on the Standard American Diet is now manufactured, modified, fortified and "enhanced". Just as with the design flaws of the "modern" audiophile equipment sold as desired features, the SAD diet sells the message that protein and "healthy" fats are the thing to pursue - the more the better. There was a time when I believed that humans had to eat meat. It was just a given. It took Type-1 diabetes for me to discover that that was a terrible myth. Sometime after that, during checkout at a local grocery, the checker asked me if those organic apples [that I was purchasing] was as good as the real ones. Industrial agribusiness mega-corporations now enjoy, not only power over public opinion, but also power over our government. There are actual branches of government created by and for the corporations. For example; the American Egg Board, is a branch of government active in promoting eggs in public schools.

But, it gets worse. Institutional Medicine; an aggregate marriage of insurance companies, pharmaceutical companies and the "health care" industry, ensures good business for all three partners. and example very dear to my heart; the American Diabetes Association promotes "low carb" diets for diabetics. From lots of personal experience as a Type-1 diabetic and matching information from Dr. John McDougall, Neil Barnard and many more - in addition to personal observation of other diabetics, it is clear that a low carb, high protein, high fat diet causes insulin resistance - a diabetics worst enemy - indeed the very cause of Type-2 diabetes. A low carb, high protein, high fat diet is an easy sell to the general public and diabetics because the industry standardized tests for measuring the effects of protein, fat and carbohydrates are incomplete and inappropriate - resulting in misleading conclusions. It is amazing the power of opinion.

In addition, agribusiness mega-corporations are becoming the most powerful on the planet. Especially since bio-engineering corporations successfully influenced congress to allow life to be patented. This ensures the owners of the genetic engineering patents to legally own the rights to the engineered life. As the practice of suing and buying out small farms for patent infringement by strategic cross pollination, the mega-corporations are progressing towards total ownership and control of all foods.

While this all seems very grim, there is hope. While most of the classic audiophile greats have succumbed to the marketing giants, some have actually thrived with a loyal following. Though still a small niche, the niche is actually growing - with many new players. Likewise, the health and nutrition niche is also growing. Organizations like Forks over Knives and grass roots movements like PlantPure Nation are an impressive growing force against the tide. There is a growing list of scientists, specialists, medical doctors. nutritionists, and common people that are going against the tide with the realization that Food actually is Medicine. Even in the most unlikely places. Deep in Texas ranch country, the Midland Memorial Hospital is bucking tradition by promoting a plant based diet for their patients. On the other side of Texas is the Marshall Health Fest; a rapidly growing annual festival of health bringing doctors, nutritionists, fitness experts and chefs from all across the nation for a weekend of incredible education. The event is also filled with hundreds of happy people who have lost multiple chronic illnesses simply by removing animal products from their diets and adopting a Whole Foods Plant Based lifestyle.

Egg consumption and the risk of diabetes in adults, Jiangsu, China