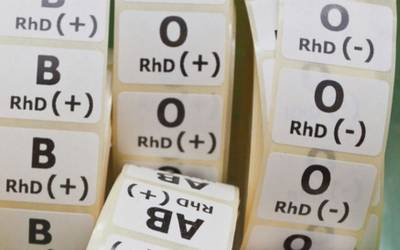 The popular "Eat Right for Your (Blood) Type" diet developed by the naturopathic Norwegian physician Dr. Peter D'Adamo, regards ABO blood type as the most significant factor in recommending distinct diets for each individual's blood type needs. For instance, those with Type O blood are like hunters and should eat a lot of meat, and those with Type A blood should eat less meat. The book claims that by consuming food compatible to individual blood types, benefits in health can be seen. But are these claims backed by scientific evidence? Dr. Michael Greger's video embedded below addresses this concern.

Because the diet had become so popular, selling over 7 million copies of which 40,000 were in Norway, in 2001 a scientific seminar was held by the Norwegian Society for Nutrition whose purpose was to determine whether or not the diet had any credibility. The researchers reported their findings in the article "Blood Type Diets: Visionary Science or Nonsense" published in the Journal of the Norwegian Medical Association. The researchers concluded that the book was "nonsense." According to the report, "The blood type diet is promoted and justified in the book by supposed scientific arguments, yet the author takes no pains to prove his ideas, just presenting them simply as facts, taking advantage of people's ignorance of biology. There should be no doubt that the author had practiced in Norway, as opposed to Connecticut, where he would be in violation of the so-called Quack Law." The report continues to say that Dr. D'Adamo misunderstands the science and some of his basic tenants of blood type biology "is absurd."

In regards to the above reviews, Dr. D'Adamo responded on his website stating that the ABO blood type diet would be vindicated if scientific studies were conducted in the right way. However lack of interest and funding has deterred it.

On a quest to demonstrate the health benefits associated with blood type diets, in 1996 Dr. D'Adamo wrote: "I am beginning the eighth year of a ten year trial on reproductive cancers, using the Blood Type Diets ... By the time I release the results in another 2 years, I expect to make it scientifically demonstrable that the Blood Type Diet plays a role in cancer remission." Yet 17 years later, the results have still not been released. Dr. Greger responds to this by saying, " Good tactic, though, saying you're just about to publish a study and banking that nobody would actually follow up." Dr. Greger points out that Dr. D'Adamo stated in his arthritis book that he was currently conducting a " twelve-week randomized, double-blind, controlled trial implementing the Blood Type Diet, to determine its effects on the outcomes of patients with rheumatoid arthritis." Dr. Greger is still waiting for the results...since it was 10 years ago.

Dr. Greger explains that the book cites the work of blood type biochemists. However, when scientists are asked, their response is that the non-scientific literature regarding ABO blood type diets is "pure fantasy." A professor of laboratory medicine at the Norwegian University of Science's analysis concluded that the author's "learning must be considered junk and without scientific foundation."

As Dr. Michael Greger's demonstrates, there is no scientific evidence that can support the claims presented in these blood type diet books and no clinical evidence that it improves health. For information on how a whole-food, plant-based diet supports optimal health and reverses disease, check out our Prevent and Reverse Disease Pinterest Board, read our blogs and topical articles, view Dr. Greger's videos, or read what the experts say.

Houseplants and Cheap Fillers Found in Supplements
How do the Majority of Heart Attacks Occur?