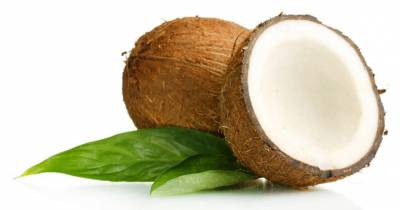 The Mash-up of Medical Research and Marketing

We've all seen books, articles, or internet stories on the alleged "miracle" properties of coconut oil. And we've watched as coconut oil has gotten more and more dedicated shelf space at our local grocery stores. Have you ever stopped to wonder why a food product that had been used for centuries was magically "rediscovered" and shipped across oceans to American consumers? If we delve into a little history we will quickly see that this new interest in coconut oil is part of a complex and clever marketing "public relations make-over." And unfortunately, the consumer isn't a winner in this marketing mash-up.

Coconut Oil Is NOT a Health Food

Coconut oil is 92 percent saturated fat. A significant percentage of this fat comes from the dangerous, long-chain fatty acids that increase LDL cholesterol circulating in the blood stream. LDL cholesterol is considered "bad" because it causes atherosclerosis--the buildup of fatty plaques inside the walls of the blood vessels. Higher levels of LDL cholesterol are considered risk factors for heart attack and stroke. Despite the evidence that saturated fats injure our cardiovascular systems, there are those who claim coconut oil does the opposite. My article on cholesterol and coconut oil addresses some of the research that has been done on this subject and how this product "increases the risk of cardiovascular disease and possible death due to heart attacks and strokes." The bottom line is that coconut oil is not a heart-healthy addition to our diet.

So What Made Us Think Coconut Oil was Good for Us?

Enter the miracle of marketing. Jeff Novick, MS, RD, LD, LN, traces the evolution of coconut oil from obscurity to health craze. Essentially, the American food industry was in trouble. Up until the 1960s, Americans had been using butter, lard, and other rendered animal fats in their cooking and baking. These fats worked well because they were stable, could withstand high heat, and had a smooth, creamy texture. Then scientists discovered that saturated animal fats were responsible for obesity and cardiovascular disease. Americans were urged to replace the "bad" animal-based fats with polyunsaturated vegetable oils. However, these oils have a lower smoke-point, are unstable and are easily oxidized, and don't offer the desired creamy texture. Because Americans didn't want to change the way they were eating, polyunsaturated oils had to be redesigned so that they had the same stability, heat tolerance, and creamy feel. Adding hydrogen atoms (hydrogenation) to liquid oils became the new craze. This provided the long shelf life and creamy texture customers were looking for. Consequently, margarine and vegetable shortening became popular substitutes for butter and solid animal fats. Years later, scientists discovered the health problems raised by the trans-fats in hydrogenated oils. The news of the dangers of trans-fats took the country by storm. Food companies, driven in part by law suits and bad press, stopped using trans-fats. Cities banned trans-fats from local restaurants.

Suddenly the food industry had an emergency. They needed a stable, heat-tolerant fat with the texture Americans loved. In Jeff's words, here's what happened: "Many things were tried including different blends of oils, interesterified fats, and trans-fat-free fully hydrogenated oils, but nothing worked. The only remaining option immediately available that could fill the need and have the potential for great marketing (plant based, vegan, natural, cholesterol-free, etc.) were the tropical oils/fats. And perhaps, if possible, give these plant-sourced saturated fats in coconut, palm kernel, and palm oils a public relations make-over." And that's what happened. In 2004 and 2005, books began appearing trumpeting the health benefits of coconut oil although there were no credible scientific studies behind these claims. "Soon after their publication" Jeff states, "the market was soon flooded with many more of them, each trying to outdo the previous authors in making even more fantastic claims about the supposed health benefits of coconut oil." Jeff's article gives a timeline that shows how the crisis in the food industry lines up with the emergence of coconut oil as a "health" and weight loss elixir. Jeff concludes, "The main rise in these tropical fats, which started in 2004, was not science driven but consumer and industry driven based on [the] need and desire [of Americans] to keep eating the same processed/packaged junk foods they were hooked on."

So that's the story of how coconut oil became a presumed "super-food" in the American diet. I encourage my patients not to use coconut oil or any other free oils in their quest for robust health. The Starch-Smart® System is full of many, many wonderful, healthy foods with nature and science behind them. Food that comes directly from farms without making a detour through a factory to be highly processed doesn't need magic marketing to convince us it's healthy. And science has consistently shown that "From Sun to Plant to Plate" eating is the very best thing we can do for our health.

(1) Who has Heart Disease? Everyone?