Antioxidant Supplements Do Not Prevent Cancer 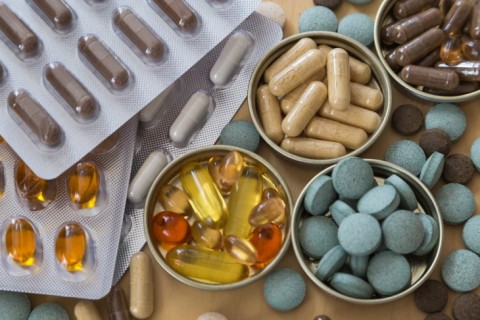 Cancers are a deadly disease resulting annually in millions of deaths worldwide. In 2012, 8.2 million people were estimated to die from cancer globally, and more than half a million people were projected to die from cancer in 2016 in the United States. The fear of this deadly diagnosis influences many people to take measures in the hope of reducing their cancer risk to a bare minimum. One common measure is the consumption of antioxidant supplements.

Manufacturers of antioxidant supplements like to imply that their products offer adequate protection against various forms of chronic diseases, such as cancer, cardiovascular, Alzheimer's, and Parkinson's disease.

Do Antioxidant Supplements Prevent the Development of Cancer?

Antioxidant supplements are nutritional supplements that are produced using man-made products or by extracting minerals and vitamins with antioxidant properties found in natural foods. They are not effective like eating whole food plant based dietary antioxidants because most of the components responsible for the health benefits associated with antioxidant-containing foods are lost during the manufacturing process.

An overload of free radicals has been identified as a cause of many cancers. According to the manufacturers of antioxidant supplements, these nutritional products help to prevent cancer by mopping up the excess free radicals floating in the body systems. However, the findings of numerous research studies do not support the claim that antioxidant supplements inhibit the development of cancerous cells in various parts of the body.

The results of a 2009 study published in the Annals of Oncology showed that the use of antioxidant supplements did not exert any preventive effect on cancer development. Instead, the team of investigators found a higher bladder cancer risk among subjects who were taking antioxidant supplements regularly. Other studies have provided evidence that habitual intake of antioxidant supplements may possibly increase the likelihood of developing different types of cancer, including stomach, liver, skin, and lung cancer, especially in high-risk individuals, such as smokers and asbestos workers.

Is it Healthy to Take Antioxidant Supplements?

(1) Antioxidants and cancer risk: the good, the bad, and the unknown

(3) The Truth About Antioxidant Supplements

(5) Effects of Vitamin and Antioxidant Supplements in Prevention of Bladder Cancer: a Meta-Analysis of Randomized Controlled Trials.

(8) Dietary Supplement Use Among U.S. Adults Has Increased Since NHANES III