Can We Trust News Reports about Medical Studies? 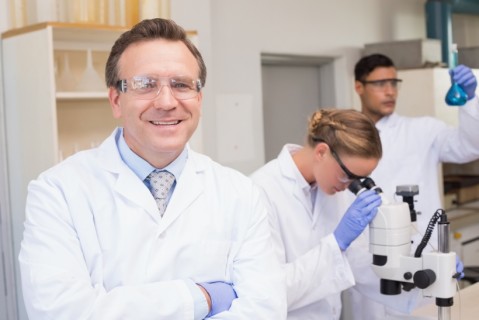 Controversy sells. The media is always happy to report when the conclusions of a new study fly in the face of established beliefs. But the controversy and the short-lived news stories are too fleeting to include the voices of the medical and scientific community as they meticulously review the data, the methods, the math, and the motives of each new study. The conclusions the experts arrive at rarely make it back into the headlines. Some recent studies which suggest that sodium intake in the US is “just fine, thank you” are one example of how the controversy makes the news, but the analysis of the studies does not.

Dr. Michael Greger and dietician Jeff Novick, MS, have both reviewed some of the recent controversial conclusions on salt consumption reported in the media. Referring to a study published in 2013 with regards to reducing sodium intake, Jeff points out that the media headlines with their accompanying stories incorrectly suggested that the conclusions of the study applied to the general population when in fact the study clearly made recommendations only for a small group of very sick patients. The study authors went so far as to say that the risks of low salt intake in this group of ill patients may have "come from the disease itself rather than the lower sodium intake." Says Jeff, “Reducing sodium/salt intake leads to increased health and decreased medical bills. It also leads to lower profits for powerful food interests, which may explain a number of poorly researched media reports . . . that have recently appeared."

"Following the money" is a favorite approach used by medical practitioners who want to examine the conclusions reached in some of the well-publicized research. Dr. Greger found the "money link" in one of the headline-making studies that recommended against lowering salt intake. In his video he notes, however, that weaknesses can appear in other aspects of a medical study. Some studies might inappropriately include data on very ill patients, they might incorrectly use data collected from studies not designed to assess a particular relationship, they might use poor measurement techniques, or their conclusions could rely on faulty cause-and-effect reasoning. The conclusions reached in poorly conducted studies create a "false sense of controversy."

In the below video, Sodium Skeptics Try to Shake Up the Salt Debate, Dr. Greger examines not only the research in question but the responses of the medical community as they scrutinized the studies; then, he leads us down the money trail to find its source. What Dr. Greger reports about salt sounds very different indeed than the splashy headlines and sensational stories that garnered so much attention when the study first came out.

(2) How Industries Keep You Coming Back for More.

Super Foods Like Spirulina May be Toxic
Hoping for Health but Missing the Mark?

Habitual salt intake and risk of gastric cancer: a meta-analysis of prospective studies.

Matt carter posted a comment in Sugar - How Sweet it is!
White Sugar is harmfull
about 3 days ago
Colleen Patricia Fedak posted a comment in Starch-Smartest
I see pepper is a NO-NO. I have read that to help the absorption of Turmeric that you should take ...
about 6 months ago
Isabelle Schweitzer posted a comment in Finding Relief for Inflammatory Bowel Disease (IBD)
I was wondering how Susie incorporated the Starchsmart method of eating and fueled her training. Di...
about 10 months ago
Sean Carney posted a comment in Curriculum Vitae of Linda Carney MD
I am Dr. Carney's husband and have no medical expertise. I just keep the web site running. Do you ne...
about 1 year ago