Smoking is the Leading Cause of COPD The Center for Disease Control and Prevention (CDC) reports that more than 16 million Americans are living with chronic obstructive pulmonary disease (COPD). COPD refers to a group of diseases, such as emphysema and chronic bronchitis, that makes it difficult to breath. Some of the symptoms of COPD include coughing, wheezing, and shortness of breath. In severe cases, COPD can result in serious long-term disability and even death.

Although genetics, infections, and pollution play a role in the development of COPD, smoking is the leading cause of this disruptive lung disease. "Roughly 80 to 90% of people with COPD in the United States are current or ex-smokers," says Richard Casaburi, MD, a professor of medicine at the UCLA School of Medicine. The findings of a study titled "Developing COPD: a 25 Year Follow up Study of the General Population" reveal that the absolute risk of developing COPD in continuous smokers is at least 25%, which is larger than was estimated in previous studies. So, how does smoking cause COPD?

Just like the air we breath, tobacco smoke travels down our trachea and bronchi into our bronchioles, which house millions of tiny air sacs called alveoli with a thin, elastic wall. These air sacs are closely connected to capillaries to ensure the smooth exchange of oxygen and carbon dioxide between the lungs and the blood. The thin, elastic wall of the alveoli facilitates the smooth exchange of gas. Cigarette smoke contains lots of harmful chemicals that damage the elastic walls of the air sacs. Long term exposure of the alveoli to cigarette smoke can lead to the thickening, stiffening, degradation, and inflammation, and obstruction of airflow, and subsequently COPD.

According to the National Institute of Health, COPD is one of the leading causes of death in the United States; it kills one American every 4 minutes. Unfortunately, there is no cure yet for this lung disease, but the brighter side of this health problem is that it can be prevented. The American Lung Association (ALA) noted that smoking is linked to 80% of all deaths due to COPD.​ Avoiding cigarette smoking can reduce the risk of COPD. 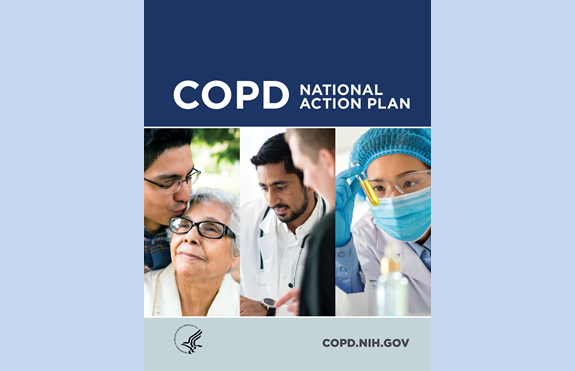 Chronic obstructive pulmonary disease, or COPD, refers to a group of diseases that cause airflow blockage and breathing-related problems. It includes emphysema and chronic bronchitis.
https://www.cdc.gov/copd/index.html

Developing COPD: a 25 year follow up study of the general population

Smoking is the leading cause of chronic obstructive pulmonary disease (COPD) by damaging the air sacs, airways, and the lining of your lungs.
https://medlineplus.gov/ency/patientinstructions/000696.htm

Fruit and Vegetable Intake and the Risk of Chronic Obstructive Pulmonary Disease: A Dose-Response Meta-Analysis of Observational Studies