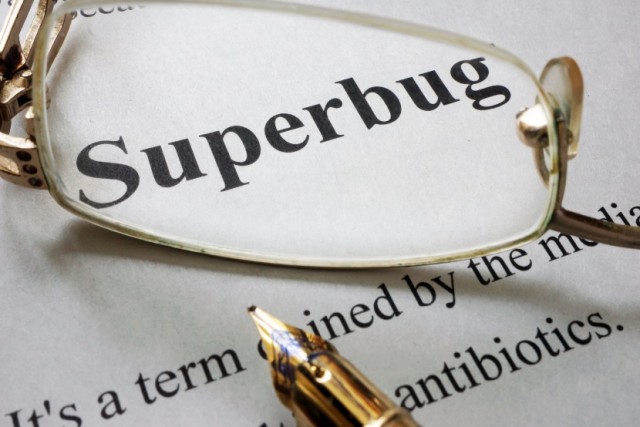 Four out of five patients are given antibiotics every year, making them the most widely prescribed drug in doctor's offices today. In most cases, this is due to patients expecting them, even though many illnesses are caused by viruses which do not respond to these drugs. The Centers for Disease Control and Prevention (CDC) states that, "Antibiotic resistance is a worldwide problem. New forms of antibiotic resistance can cross international boundaries and spread between continents with ease. Many forms of resistance spread with remarkable speed. World health leaders have described antibiotic resistant microorganisms as 'nightmare bacteria' that 'pose a catastrophic threat' to people in every country in the world."

The CDC estimates that "In the United States, more than two million people are sickened every year with antibiotic-resistant infections, with at least 23,000 dying as a result. The estimates are based on conservative assumptions and are likely minimum estimates.

What causes antibiotic resistance? The CDC reports that "The use of antibiotics is the single most important factor leading to antibiotic resistance around the world. However, up to 50% of all the antibiotics prescribed for people are not needed or are not optimally effective as prescribed. Antibiotics are also commonly used in food animals to prevent, control, and treat disease, and to promote the growth of food-producing animals. The use of antibiotics for promoting growth is not necessary, and the practice should be phased out. In addition, almost 250,000 people each year require hospital care for Clostridium difficile (C. difficile) infections. In most of these infections, the use of antibiotics was a major contributing factor leading to the illness. At least 14,000 people die each year in the United States from C. difficile infections. Many of these infections could have been prevented."

Eighty percent of all antibiotics are used in factory farming practices. By adding antibiotics to their food, animals grow faster which keeps up with demand and increases revenue. Overcrowding and filthy living conditions also creates widespread disease and infections, requiring the use of antibiotics. The best way to prevent becoming antibiotic resistant is to eat a whole-food, nutrient-dense, Starch-Smart® diet. This supports an optimally functioning immune system and avoids the antibiotics in animal agriculture. Taking antibiotics only when absolutely necessary is also recommended. Read the article, "Report Links Antibiotics at Farms to Human Deaths."

(1) How to Reduce Dietary Antibiotic Intake