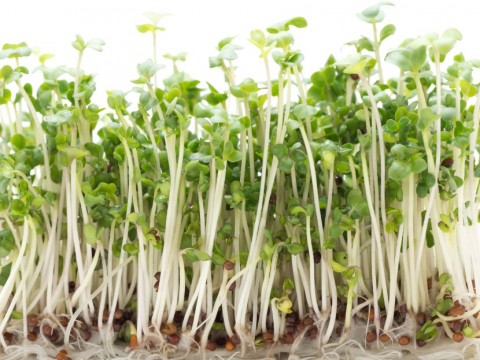 A Russian scientist group published a database of the antioxidant content in over 1000 foods, including sprouted seeds grains, and legumes. Dr. Michael Greger shows us how the nutrient content changed dramatically after these foods were sprouted. One grain in particular increased its antioxidant content by 20 times after sprouting. After the seed, legume, or grain has sprouted, they can be used as usual in a recipe, or they can be sprouted further, and then added to salads, stir-fries and sandwiches.

(1) Learn how to sprout legumes, grains and seeds