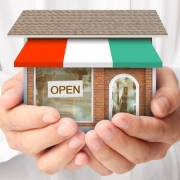 Food, Inc. lifts the veil on our nation's food industry, exposing how our nation's food supply is now controlled by a handful of corporations that often put profit ahead of consumer health, the livelihood of the American farmer, the safety of workers and our own environment.

Food, Inc. reveals surprising and often shocking truths about what we eat, how it's produced and who we have become as a nation.

Then it looks at industrial farming of grains and Vegetables, also showing economic and environmental pitfalls.

Then we learn about food labeling regulations and the power of major food companies which profit by providing cheap foods regardless of many ethical issues.

Some of the major concerns are the contamination of food, chemical pesticides and fertilizers, and the marketing of unhealthy food habits.

Tweet
The Future Of Food
Diet for a New America

Therapeutic Living Inc is a participant in the Amazon Services LLC Associates Program, an affiliate advertising program designed to provide a means for sites to earn advertising fees by advertising and linking to Amazon.com.

More posts from author
December 20, 2018 Got the Facts on Milk?
December 19, 2018 The Healthiest Diet on the Planet: Why the Foods You Love-Pizza, Pancakes, Potatoes, Pasta, and More-Are the Solution to Preventing Disease and Looking and Feeling Your Best
December 18, 2018 The Plant-Based Journey: A Step-by-Step Guide for Transitioning to a Healthy Lifestyle and Achieving Your Ideal Weight