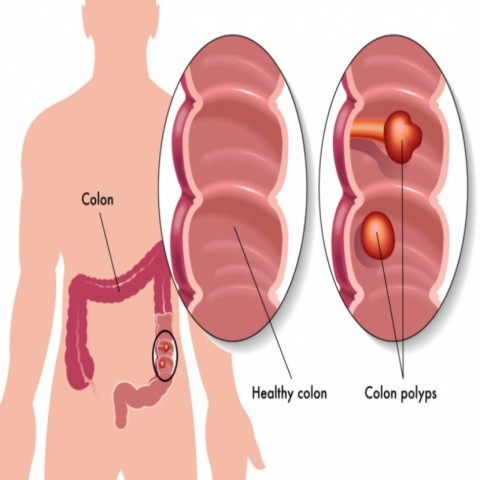 Colon cancer, is the second most deadly cancer. Approximately 180,000 new cases are diagnosed each year in the United States and Europe. Dr. John McDougall says that colon cancer "is a disease primarily of people consuming a diet high in meats (including poultry and fish), dairy products, and fats; and low in fruits and vegetables." Because colon polyps (also called adenomas) have a strong tendency to develop into colon cancer, this article highlights Dr. McDougall's research on preventing colon polyps. Polyps are found in approximately 35% of those eating the typical Western diet.

How Are Polyps Formed?

According to Dr. McDougall, "Polyp formation is the consequence of chronic irritation of mucous membrane tissues – just like callus forms on the palm of your hand from the irritation caused by the abrasion of hard physical work. In the case of your skin, the body's response is the formation of layers of protective keratin – the callus." The intestinal membranes "respond to chronic irritation by causing a protective mound of tissue to form" resulting in a polyp. This irritation comes from the contents of digested foods. "The longer and stronger the irritation, the greater the body's response, and the larger the polyp." Constant irritation of the membranes prompts cell division, which exposes our DNA to the carcinogenic substances inside the bowel, which results in cancer formation. "Large polyps are more likely to be cancerous -- polyps less than 5mm (1/2 inch) are not likely to be cancer; at 10 mm, 1% are; and at 20 mm, 17% show cancerous changes."

Who Gets Colon Polyps (and Cancer)?

"About 75% of people diagnosed with colon cancer have no predisposing characteristics other than they eat the rich Western diet." Colon cancer is found most frequently in wealthy countries, where people eat rich diets consisting of animal products including poultry, fish and beef fat. Dairy products, polyunsaturated vegetable oils, refiend grains, white bread, sugar, and highly processed foods have also been implicated in promoting cancer. Low rates are associated with diets rich in whole plant foods. Other factors include inflammatory bowel disease and a family history of cancer. What we are more likely to "inherit" from our family however, involves our food preferences and lifestyle habits. Although genes account for a small percentage (1-3%) in the initiation of cancer, our everyday lifestyle choices can influence the expression of these genes by either turning them "on" or turning them "off." See Dr. T. Campbell's explanation of this in the blogs "Animal Protein "Turns On" Cancer Genes" and "Colin Campbell Explains Cancer Growth." Dr. McDougall's article on genes in covered in the blog "Human Genes Can Be Turned On and Off by Diet."

Do Our Diets Play a Role?

According to Dr. McDougall, "The most important factor in polyp disease and colon cancer is the contents of the colon – determined by the foods we eat. Diet influences all stages of the development of colon cancer from the beginnings of cell proliferation, to polyp formation, to the final stages of cancer. Both meat and vegetable fats seem to increase the risk of polyps and cancer. Hydrogenated fats, found in shortenings and margarines and many kinds of prepared and packaged foods, may be especially cancer-promoting." Diets high in fat may also increase the production of bile acids which are converted into cancer-causing substances by intestinal bacteria.

The Benefits of a High-Fiber Diet

"Fiber is the non-digestible carbohydrates found in foods." Only plant foods contain fiber, animal foods do not. Refining whole foods removes the fiber. Fiber plays an important role in preventing cancer by "diluting and combining with cancerous substances reducing their access to the colon and the rest of our body. Fiber also ferments into butyric acid, which discourages the growth of cancer cells. Due to the high animal and refined food intake, the typical American consumes a mere 8-14 grams of fiber a day, whereas someone consuming a whole plant food, starch-based diet consumes between 40-100 grams a day. "One estimate suggests that if we were to increase our daily fiber intake by 13 grams, the risk of colon cancer would decrease by 31% (50,000 cases prevented in the USA annually)." Additionally, Dr. Neal Barnard states that polyps "become smaller and fewer in number within six months on a high-fiber diet." More information regarding how fiber prevents cancer can be seen in the blog "Fiber's Many Unknown Benefits."

"Animal fat, cholesterol and protein have all been shown to have cancer-promoting properties in animal experiments. Even chicken and fish have been found to be associated with high rates of colon cancer. The sulfur-containing amino acids, found in high concentration in red meat, poultry, and fish, produce a large amount of very noxious hydrogen sulfite, which has been shown to impair cellular metabolism and mucous production." This graph from Dr. T. Colin Campbell's China Study (scroll down to view graph 8.4) demonstrates how the incidence of cancer correlates to the amount of animal products consumed.

"The bacteria living in the intestine, known as the intestinal microflora, perform vital functions for the health of the intestine and the whole body. The addition of the right kinds of bacteria, referred to as 'friendly' bacteria, to the diets of experimental animals has been shown to reduce their risk of developing colon cancer. These bacteria may provide their benefits by deactivating cancer-causing chemicals in the colon and by replacing 'unfriendly' bacteria that produce cancer-causing substances. The kinds of bacteria that grow in your intestine depend upon the diet you eat. Meat, including poultry and fish, and dairy products will encourage the growth of 'unfriendly' bacteria. If you eat starches, vegetables and fruits then the bacteria will be of the 'friendly' variety. In one study, increased intake of yogurt was found to be associated with an increased risk of having large precancerous polyps."

Can Diet Help After Polyps Begin?

Food is the most powerful tool we can use to inhibit the progression of cancer. The typical American diet promotes cancer growth, whereas the phytonutrients in a whole-food, plant-based diet offers powerful protection against cancer (especially a diet rich in cruciferous vegetables). For this reason, every meal we consume either encourages or discourages cancer cells from multiplying.

Colon polyps will continue to grow back after they are removed. Dr. McDougall explains, "The reason they regrow is the cause of the disease has not stopped – the rich Western diet. Therefore, one of the most important, and without a doubt, the most neglected recommendation for someone with polys or even colon cancer, is to stop 'throwing gasoline on the fire' – change to a low-fat, unprocessed, plant-based diet."

For those patients who already have colon cancer, Dr. McDougall strongly urges for them to "seriously consider a change in diet as a major part of therapy. Animal experiments show that diets high in fat and cholesterol promote the growth of several kinds of cancers and they further demonstrate that low-fat, no-cholesterol diets retard the growth of cancers and prolong the animal's life. After polyps or cancer of the colon have developed, a health-promoting diet is very important: it may check or slow further progress of either condition, and, in doing so, prolong your survival."

"The key to preventing recurrences of polyps" Dr. McDougall emphasizes, "is to improve the contents of the colon by making a change in diet. Changing to a low-fat, no-cholesterol diet rapidly and dramatically reduces the total amount of carcinogens released in the colon an increase in fibers dilutes the few dangerous substances that do remain and shields the colon from their harmful effects; and an increase in vegetables–especially broccoli, cauliflower, Brussels sprouts, turnips, and leafy greens–causes the colon's cells to secrete enzymes that inactivate many carcinogens."

Diet influences all stages of the development of colon cancer. Stopping the irritation of the mucosa of the intestine is crucial in preventing polyp formation. This will also "slow their growth, prevent their transition to cancer, and possibly, slow the growth of the cancer even after it is started. Even though all the intricate details have not been worked out, the guilty finger clearly points to the meat and fat, and the lack of fruits, vegetables and dietary fiber."

It must be remembered though, that the benefits received by using a nutritional approach are directly proportional to the changes that are made. Making only small changes, while continuing to eat injurious foods will not offer any significant protection.

For additional information regarding diet and cancer, see Dr. Carney's Cancer Pinterest board. 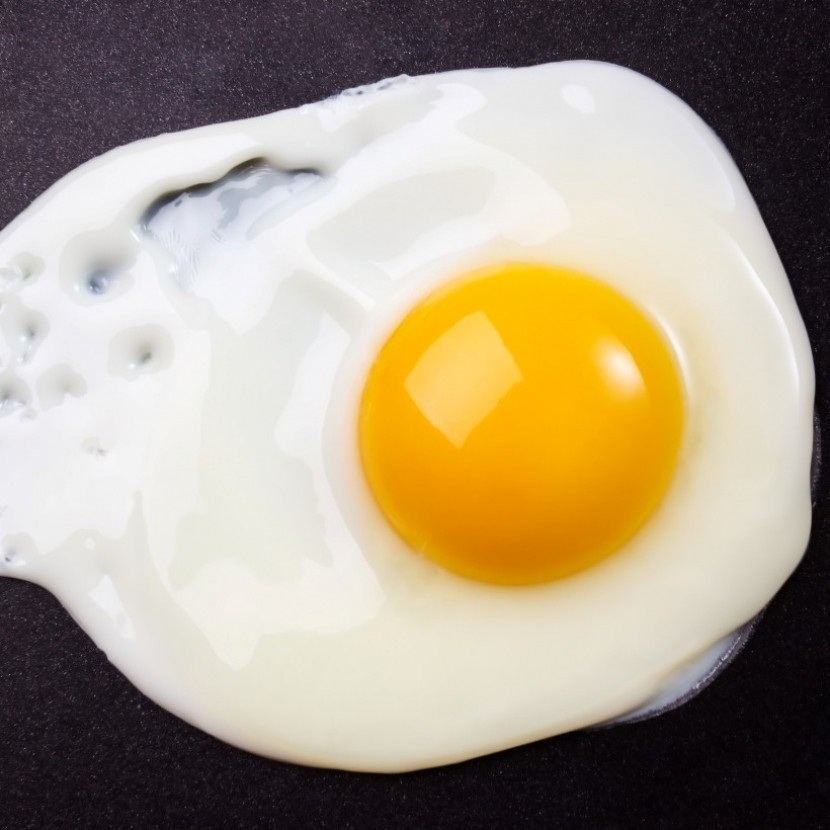 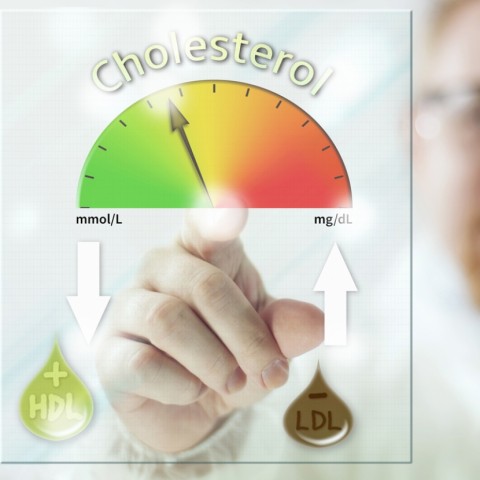