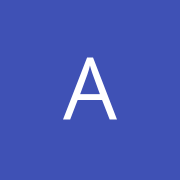 amcall
August 21, 2017
2 Replies
9K Visits
0
Votes
Undo
Subscribe
Hello--Thank you so much for this site.  (I came here again to ask a specific question, but have found a LOT of other useful info as I normally do!)     My question:  My dear friend, who has been vegan for more than 40 years---and VERY particular about his diet (everyone on this site would be impressed!) continues to follow a whole foods/plant based diet as part of his "treatment plan," as he has been diagnosed with metastisized prostate cancer.  His wife (who also follows WFPB diet) and I are very curious about something.  We've read and understand that cancer cells LOVE sugar;  our question is that many cancer-fighting diets recommend things like potatoes (very much like Starch-Smart--which I love!).  How do the healthy, whole foods, that convert to sugars in the body effect cancer cells?  Should they also be avoided---or should they be more included? We've seen them included in many of the WFPB diets built for cancer-fighting abilities and this has confused us a bit.  Could you clarify?  Thanks so much!
Tweet
1
There are no comments made for this post yet
Oldest First

White table sugar (sucrose) is not the most health-promoting food, but it does not create cancer. Neither does the glucose, (which comes from the breakdown of starchy whole-food plants like yams,) promote the initiation, growth, or spread of cancer, according to the 1982 report from the Committee on Diet, Nutrition, and Cancer. The required fuel for all the cells of the body (even the cancer cells) is glucose. But normal cells metabolize glucose in an oxygen-rich form of cell respiration, whereas cancer cells metabolize glucose via fermentation. Cells are force to adopt fermentation of glucose in an oxygen-poor environment induced by vasoconstricted (narrowed) blood-flow. A diet high in fats (oils) or animal protein damages the endothelial cells causing vasoconstriction, which limits the flow of blood (and thus, limits the delivery of oxygen to the cell destined to become cancer).

The carbohydrates in whole plant foods do break down to simpler carbohydrates in the body, of which glucose is the simplest. But those complex carbohydrates most often break down to glucose, not sucrose. Glucose is the fuel of all cells, cancerous or not. Adding more sucrose to the cancer cells does not make them GROW faster, but the more the cells are deprived of oxygen (because of fats and animal protein damaging the endothelial cells and limiting blood flow), the more fermentation occurs in the anaerobic environment. Cancer cells grow faster as low-oxygen fermentation increases, not because all cells require glucose for fuel. The meat, dairy, and oils induce vasoconstriction via reduced nitric oxide from the endothelial cells that line our arteries, creating the lower-oxygen environment that fosters fermentation, which means that oils and animal proteins promote the growth of cancer cells.

Please accept my sympathies for the vegan gentleman with the prostate cancer. One’s confidence is often badly shaken when one develops cancer after eating a vegan diet for years. Perhaps he ate oil, which is known to promote cancer via acrylamides, or estrogenization, or vasoconstriction. I hope your friend will remember that the damage to his DNA could have been inherited but most likely occurred from birth to age 5 if during those years he was fed animal protein or vegan oils, both of which have been proven to foster the initiation, growth, and spread of cancer. (More on this in the last paragraph.) His damaged genes lay dormant for years, finally bursting into cancer despite his having become vegan.

The word “sugar” is used in many ways, often with little clarification, which can be confusing to the reader. I do not believe that starches break down to the same form of sucrose as is found in white table sugar, which is a highly refined, processed food that differs from the glucose which starches break down to become.
I do, however, agree that starches break down to glucose. Therefore if your question is, are complex carbohydrates from low-fat, oil-free unprocessed whole foods such as yams bad for the cancer patient, my answer is “No, not unless they are completely replacing cruciferous vegetables, which fight cancer even better than do the starchy root vegetables.”

Dark green leafy cruciferous vegetables fight cancer better than any other form of plant-based food. Brassica greens should be chewed, rather than blenderized or juiced, in order to allow the myrosinase to catalyze the production of the cancer-fighting isothiocyanates produced when saliva mixes with greens in the human mouth.

Here is a study that discusses how we make isothiocyanates, which fight cancer, when we chew instead of drink it as a smoothie: Phenethyl Isothiocyanate: A comprehensive review of anti-cancer mechanisms

See also: (Conversion of glucosinolates to isothiocyanates in humans after ingestion of cooked watercress.)

Yams have more fiber than white potatoes (“Irish potatoes”). The yams’ fiber slows the absorption of glucose from the intestines into the blood-stream, thus limiting the “sugar spike” (rapid rise in glucose) seen when sucrose is ingested as white table sugar. Because yams are higher in fiber, I favor the inclusion of yams in the diet in greater quantities than potatoes. The higher the fiber content of our food, the better we fight cancer. Yams have more fiber than potatoes.

Since 1985, the powerful, wealthy food industry has poured money into influencing what food science gets published, with an eye on marketing animal foods. The meat and dairy industries seem only too happy to lead the public to believe that sugar is a more important factor in cancer than is animal protein, even though scientific evidence shows that animal protein causes far more cancer than sugar (yes, even white table sugar) ever did. Remember that diets high in refined white sugar are usually diets high in oils and animal protein too.

Scientific studies involving food and health seem less biased prior to 1985. In 1982, the committee on Diet, Nutrition, and Cancer stated that “the evidence from both epidemiological and laboratory studies is too sparse to suggest a direct role of carbohydrate (possibly exclusive of fiber) in carcinogenesis." Translation: sugar does not create cancer.

Here is scientific information that may be helpful, from Dr. McDougall:

And here is more evidence from the Physicians Committee for Responsible Medicine:

A new review published in the Journal of Human Nutrition and Dietetics assessed whether certain modifications in diet have a beneficial effect on the prevention of prostate cancer. Results suggest that a diet low in fat, red meat, dairy, and calcium, yet high in fruits and vegetables is beneficial in preventing and treating prostate cancer. Consumption of highly processed or charcoaled meats, dairy products, and fats seemed to be correlated with prostate cancer.

In closing, as regards the unfortunate vegan with prostate cancer (to whom my heart goes out), his early diet (from birth to age 5) may be more responsible for his cancer than what he ate in the last 20 years. He may have damaged his DNA decades ago. Even so, a low-fat, oil-free, plant-based diet of whole unprocessed foods is still the best diet for human health. He should remain an oil-free vegan, eating an unprocessed diet of low-fat, whole, plant foods. Oils are vegan but are scientifically linked with cancer promotion. Our mothers do the best they know, to feed us well in our infancy. The fact that oils contribute to cancers, even if from plant-based oils, has only recently come into focus in our lifetimes. Baby DNA is fragile, because it is half unwound in order to facilitate replication of cells in our years of rapid growing. The fact that cancer-causing DNA damage in genes takes decades to burst into detectable disease has been demonstrated by many scientific observations, not the least of which is the fact that the peak of cancer deaths caused by the radiation damaged sustained in the bombing of Hiroshima and Nagasaki occurred 4 decades after the bombs were dropped.

My Sincerest Best Wishes For All Cancer Patients,

amcall
4 years ago
·
#1452
0
Votes
Undo
Thank you so much!  As usual, your answers are beyond my expectations :)  ...and the detailed, scientific information is delivered with Heart--so unique;   I appreciate you!!  :)   My friend has been long-time "anti-oil" and has even gone for spells with no fats at all.  However at this time, he is, (unlike most of us) trying to keep weight on his 6'+ frame which is around 143lbs.  It seems like the yams, once again, may be a good go-to food.   Thanks to everyone who supports this forum and each other in living a healthy lifestyle.  It's quite encouraging!
Location
9518 Tarleton St, Dallas, TX 75218, USA
There are no comments made for this post yet
There are no replies made for this post yet.
Be one of the first to reply to this post!

RE: Whole Grains for People with Celiac Disease and Pre-Diabetes
2 months ago
I have one additional inquiries if it's not too much trouble, guide me about this. These inquiries a...
RE: RECIPES
2 months ago
I have two questions please guide me about this. These questions are shown below here: 1. htt...
RE: T1 Diabetic
2 years ago
Yes, the issue with trying to convey the SPP control method in Q & A is that Q & A is inform...
RE: HEALING LEAKY GUT
2 years ago
We are so glad you are feeling better. And, also grateful because we know you are doing a lot in you...
RE: HEALING LEAKY GUT
2 years ago
My body has been healing slowly but surely. I can handle tomatoes again. Yay! Though I don't push it...