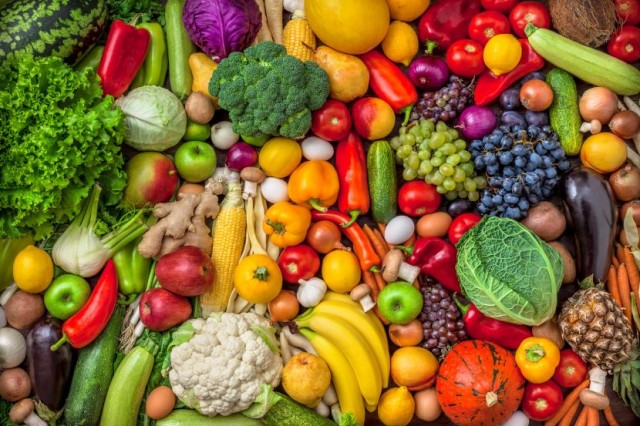 The US National Center for Health Statistics defined chronic disease, also known as non-communicable disease, as any disease that lasts for 3 months or longer. They comprise a cluster of diseases that include diabetes, cancer, stroke, respiratory diseases, and cardiovascular disorders. Chronic diseases kill nearly 40 million people every year, with cancer, diabetes, respiratory disorders, and cardiovascular diseases accounting for about 80% of deaths due to chronic disease. Almost half of American adults are suffering from at least one chronic disease. Sadly the number of people suffering from chronic diseases in the United States is projected to rise to an estimated 157 million by 2020. The good news is that you can protect yourself from many of these killer diseases by consuming a diet rich in fruits and vegetables.

Experts believe that most of the nutrients found in fruits and vegetables may be responsible for their protective effects against several diseases. Fruits and vegetables are excellent sources of vitamins, minerals, phytochemicals, and dietary fiber. These nutrients help to prevent the onset of a number of chronic diseases by favorably modulating some of the risk factors associated with these ailments, such as reducing high blood pressure, enhancing insulin sensitivity and decreasing plasma levels of cholesterol, homocysteine, and free radicals.

(2) Fruit and Vegetable Consumption and Stroke: Meta-Analysis of Cohort Studies

(3) American Institute for Cancer Research: Food, Nutrition, and Physical Activity and the Prevention of Cancer: a Global Perspective

(4) Fruit and Vegetable Intake and Incidence of Type 2 Diabetes: Systemic Review and Meta-Analysis