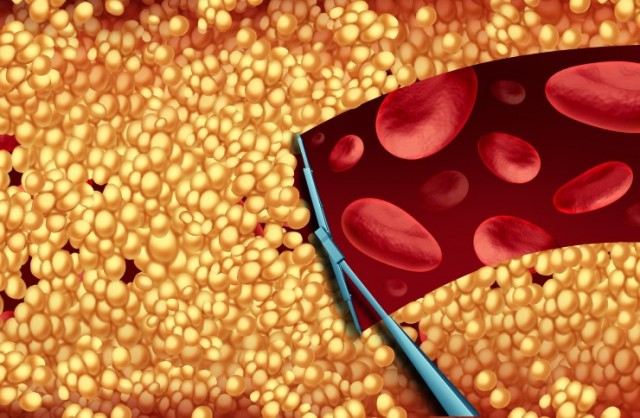 Higher levels of cholesterol in the blood correlate strongly with higher chances of suffering from a heart attack, stroke, or other complications from coronary heart disease. Physicians often prescribe statins, a class of drugs used to lower blood levels of cholesterol. However, like other drugs, statins come with side effects, including headache, rashes, liver damage, memory loss, skeletal muscle damage, and type 2 diabetes risk. The good news is that reduction of cholesterol numbers is possible without requiring statin medications, thus preventing the suffering from adverse effects associated with these cholesterol-lowering drugs. Lifestyle changes like earlier bedtimes, daily exercise, and eating a whole food, nutrient-dense, plant-based diet can greatly improve cholesterol numbers.

Scientific results published in Nutrition Reviews showed in 2017 that vegetarian diets decreased serum concentrations of LDL-cholesterol. In this meta-analysis, researchers reviewed 49 observational and interventional studies and compared the effect of vegetarian and omnivorous diets on plasma lipid levels. The team of researchers discovered a significant reduction in plasma levels of artery-clogging types of cholesterol in subjects adhering to a vegetarian diet. Vegan diets were found to have the strongest cholesterol-lowering effect in this study. The findings of this study support the results of a 2015 study conducted by a team of researchers from China.

In my personal experience, data extracted from the Engine 2 Immersion Programs run by Rip Esselstyn reveal that eating only whole plant-based low-fat foods for 1 week can help turn a high cholesterol number to a healthy one in a matter of days. I was privileged to be the Medical Director for Rip's first seven immersion programs, where I saw these dramatic and rapid improvements first hand. Some individuals who participated in the Engine 2 Immersion Program were able to cut down their total cholesterol levels by 100 points in 5 days without the aid of any drugs, simply by enjoying a delicious diet that excluded meat, oil, dairy, and eggs while including whole plant low-fat foods, such as legumes and beans, whole grains, vegetables and fruits.

How Plant-Based Foods Remove Cholesterol from the Blood?

Cholesterol is the precursor of bile acids, which emulsify lipids (break down fats). The liver secretes bile salts into the gastrointestinal tract, where they are absorbed by the intestines. Dietary Fiber, especially soluble fiber, interferes with the intestinal absorption of bile salts, thus promoting the excretion of these bile salts from the body via feces. Dietary fiber is found exclusively in plants, and underpins the lipid-lowering success of the vegan diet. High-fiber plant-foods like lentils lower cholesterol levels effectively because fiber's effect results in lower levels of bile salts.

In order to replace the excreted bile salts lost in stool due to fiber, the liver increases its production of low density lipoprotein (LDL) receptors. The more receptors for LDL, the better the liver is at extracting more cholesterol from the blood, and then using this cholesterol to make more bile salts. The LDL-cholesterol receptors are responsible for pulling out LDL cholesterol molecules floating by in the bloodstream. By promoting the excretion of bile salts, fiber helps to reduce the concentrations of cholesterol floating in the blood.

Heart disease has held the infamous status of being the number one killer disease in the United States. Heart disease is highly correlated with high cholesterol levels. Eating whole, nutrient-dense, oil-free plant foods can quickly transform cholesterol numbers from dangerously high to healthy. The clean-up begins as plates fill up with low-fat whole plant foods which can significantly lower cholesterol in less than a week.

(4) Who has Heart Disease? Everyone?