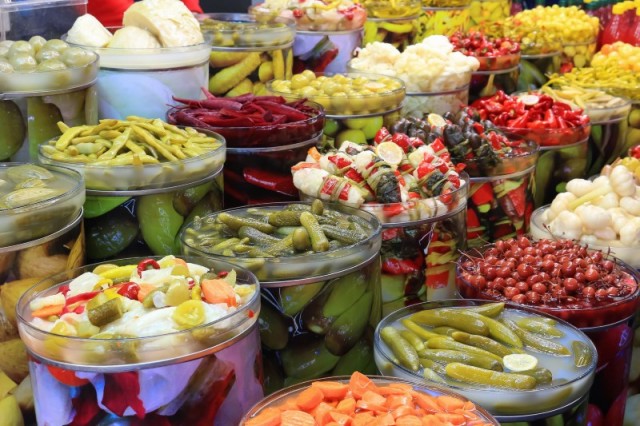 Pickled foods are foods that have been preserved in an acidic medium. Almost any food item can be pickled, including fruits, meat, and vegetables. The preservative medium used in processing most pickled foods usually contains vinegar, salt, nitrite, nitrate, and seasoning. Salt, nitrate, and nitrite have been linked with the development of stomach cancer.

Stomach cancer is the fourth leading cause of cancer deaths in the United States. Data released by the National Cancer Institute in 2013 revealed that 79,843 people are living with stomach cancer in the United States, and the lifetime risk of developing gastric cancer was estimated to be 0.9% for U.S men and women. The number of new stomach cancer cases diagnosed in the United States was 952,000 in 2012, according to a report from The World Cancer Research Fund International. Evidence from epidemiological studies has shown that lifestyle and dietary factors play a key role in stomach carcinogenesis.

Major studies suggesting a connection between pickled vegetable consumption and increased gastric cancer risk have appeared in several medical journals worldwide. In 2012, a team of researchers from the International Agency for Cancer Research (IARC) systematically reviewed data extracted from 10 prospective and 50 case-control studies conducted in China, Japan, Korea, and Taiwan on the relationship between pickled food intake and stomach cancer risk. They found out that frequent consumers of pickled foods, especially pickled vegetables, had 50% higher chances of developing gastric cancer than people who rarely eat or generally avoid these types of foods.

In addition, the findings of a meta-analysis of 14 Japanese and Korean studies also revealed that high ingestion of pickled foods boosted gastric cancer risk by 28%. Stomach cancer is widespread in countries with high consumption rates of pickled vegetables, such as Japan, Korea, and China.

Should Pickled Foods Be Part of a Healthy Diet?

Avoiding diets rich in pickled foods will help to cut down an individual’s risk of developing stomach cancer significantly.

(1) Pickled food and risk of gastric cancer—a systematic review and meta-analysis of English and Chinese literature.

(3) So Do Pickles Really Cause Cancer?

(4) Fresh and pickled vegetable consumption and gastric cancer in Japanese and Korean populations: a meta-analysis of observational studies.