Kim Has a Checklist of Conditions Reversed!

May 09 Posted by Sean Carney in Depression Success 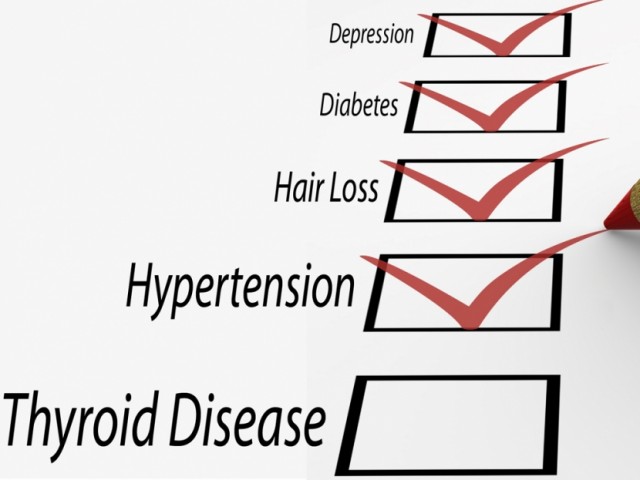 About five years ago and after suffering from thyroid problems for two years prior, I mentioned to my husband I wanted to change my doctor to a woman. I finally had a medication that required I see a doctor on a regular basis and men doctors were OK, but I wanted one actually more familiar with the female side of life in multiple respects. My husband mentioned an ad he had seen for Dr. Linda Carney. I came to her also overweight and on depression medications.

Over the next couple of years I was able to go off my depression medication, but my routine blood work showed my cholesterol climbing, along with my blood pressure. She put me on medication, but told me again what she had from the beginning, that if I would go vegan these things would improve and possibly go away. I just did not want to believe her for reasons I will state later. Next was diabetes, and as those numbers continued to climb, I added that medication, continuing to hear from her what would change if I would – all, by the way, stated with the utmost care and patience. By then I was used to feeling bad more than I realized, but did not have adverse enough reactions to the meds to induce me to change, but it was just a matter of time until more symptoms and problems began to pop up.

Next was acid reflux, which affected all my intake of food. I was having problems eating almost anything I really liked and her point started to be noticed. I also developed sleep apnea, which required a mask as I slept at night. The final symptom was hair loss. Dr. Carney educated me on how the meat protein interacts with the hormones, affecting the immune system which attacks the hair follicle. At 53 years old, I was starting to lose my hair and that was the final straw. I also had my second bone scan and between bone scans I had developed arthritis in my neck. Sometimes change is precipitated by being tired of being sick and tired, but add to it a little vanity neck cricks and voila!

I had been reading some of the books she was recommending and appreciated that she had these available for purchase in her office, without any additional charge. I knew (but would never admit) I wouldn't make the separate trip to the bookstore, so having them there when I was confronted with the issue helped so much. Even if I did not read it immediately, it was there to attack 15 minutes before I went to bed each night. The China Study was fodder for this biology major's brain, and The Engine 2 Diet was simply written, easy to understand and helped convince me with a practical plan, that I could start in the direction of eating plant-based foods. I had made a few changes in exercise and diet, but none were removing all animal-based foods and I was not seeing the results I wanted to see.

The hair loss was the immediate catalyst and after two weeks of eating completely vegan, my hair stopped falling out. The blood test results after 30 days were nothing short of amazing, and my cholesterol dropped over 60 points! In one week, I noticed a difference in how I felt and in over nine months, I lost 50 lbs., cutting the dosages of my medications in half. I have to be honest and say that I have strayed off the plan on several occasions, especially when the surrounding situations change (i.e. vacations, major holidays). But if I continue in that direction, all symptoms return. This whole process has helped me pay attention to the relationship I have developed with food over the years. But in sticking with this plan, I am looking at getting off most of my medications completely. My expectations have been excessively exceeded!

Once I started feeling better, exercise began to be so much more attainable and enjoyable. I am the oldest one in my morning boot camp, but I do what I can without injury and I have never been able to do this many push-ups. Yes, I could have done this many when I was younger, but I did not try! I'm dropping an average of 2-3 lbs. a week. People, of course, have noticed and ask about what I'm doing. My brother had intestinal bypass surgery to cure his diabetes (that is what he was told) and although it severely reduced what he could eat, which drops the pounds, within three months, he still wasn't seeing the results in his blood sugar he was wanting. I sent him The Engine 2 Diet, and mentioned, "What's is there to lose by giving it a try for two weeks?"

My journey has included reeducating myself about food, including discovering some of the untruths we have been told through money and political influence in this county, and realizing that my issue included an addiction of sorts. Also that certain foods themselves are addicting, like cheese and meat. When I was a kid in the late 50's and early 60's, we did not have meat with every meal, both because of financial strains and it was not pushed to do it in the information entering the home. Then it seemed we went through the beef craze as the source of protein, then it was touted that chicken was better because of the reduction of fat. I believed all of this – most everyone still does. If you are one of them, ask Dr. Carney!

The reactions that you run across can be a little challenging, but conversations are stimulating! Most people don't seem to know the difference between a vegan and a vegetarian. Some think the difference is just beef. Reactions may include a few stereotypes (similar to what I thought), that your choice of not eating meat is because you are over obsessed with nature, love animals more than people, and have time to protest the cutting down of trees. While all these things do make more sense to me as I age, my initial reason is a selfish one. I want to not only see my grandkids, I want to actually play with them.

Aside from the challenges, it has been fun discovering a challenge in finding and making new recipes. Now it's like a personal test to find something that tastes even better when it does not have meat in it – and I am succeeding! It's wonderful to feel like I'm 25 again in another way other than just thinking like I am. My brain isn't as muddled. I've been an example for my family and when they see my health improve, I believe it will open the door for them try this one day, too.

Change in eating unfortunately has a link to a deprivation mindset. A "diet". On more occasions that we are willing to admit, we choose to eat something that we know (or that we eventually will know) is bad. On one hand, change can be easier when you are younger because you don't have years of gratification and habits to overcome. However, age has its advantage in the experience of living out consequences.

This information Dr. Carney continued to share with me had to work its way through years of incorrect education, stubbornness and a relationship with food that included what I felt was my right to indulge in. But when you wake up one day and realize how much better life is when you feel better, you begin to believe from the inside out, rather than being told from the outside in. As we age we resist change, when actually it becomes more and more important to implement it.

I find more and more people interested enough to listen. When we, even as individuals, contemplate the difference between living in a society able to be self-indulgent and choose to eat meat with every meal, compared with those that are not, not only the scientific facts of health comparisons and the disease difference become shocking, but our realization that we have come to think of our food choices as one of our rights, even a right to destroy ourselves.

A voluntary fast for 24 hours helped me realize how much importance and comfort I was putting on my food. It was truly a relationship and one that had been for some time, unhealthy in and of itself. Then to learn that what I was eating was playing a much bigger part than I was even close to realizing, in reducing my quality of life - this was a shock. To learn our biggest health concerns as a nation can be drastically reduced, and in most cases, eliminated, with a plant based diet is a major issue. Dr. Carney is one of the caring physicians ahead of her time.

If you're considering a plant-based lifestyle, I would suggest easing into change and log what you eat and what you do. The Engine 2 Diet was a great start into why and how to transition. We can easily live and operate in denial regarding our food consumption, either by paying too little attention with time being only an excuse, or inadvertently making it one of our rights to eat what we want, but the price will be paid. We would not put nail polish remover into the gas tank of our car and not expect a consequence, but we put the equivalent into our mouths repeatedly and take our chances. With medications available that mask the symptoms, we are too willing to live a half-life just to be able to choose our indulgence.

There was no comparison of Dr. Carney to other doctors that I have seen during my lifetime. Doctors operate on a schedule to see as many patients as possible and usually don't take the time to see you as an individual, even if they would like to. Their livelihood comes from how many patients they see. How many have ever asked you what you eat? Only one or two other doctors have even asked me questions regarding anything outside the symptoms of the concern. You're there for a specific reason and only it is addressed. This is how we also have come to treat our doctors – just take care of the problem, Doc.

Dr. Carney's initial visit is a long one and many questions are asked. She's also the only physician that has offered to pray with me during my visit. At one time that would have been something I would have declined, but appreciated. Now, I believe strongly in prayer and that offer means a great deal. After five years of telling me the exact same thing every time I came in, with care and patience, Dr. Carney is a doctor who cares enough to tell you what you may not want to hear, but what she understands is probably the best for you. Is not that the definition of a friend, and should actually also be that of a physician?