Paul Laughs Out Loud But Tries Just in Case

May 09 Posted by Sean Carney in Cholesterol Success 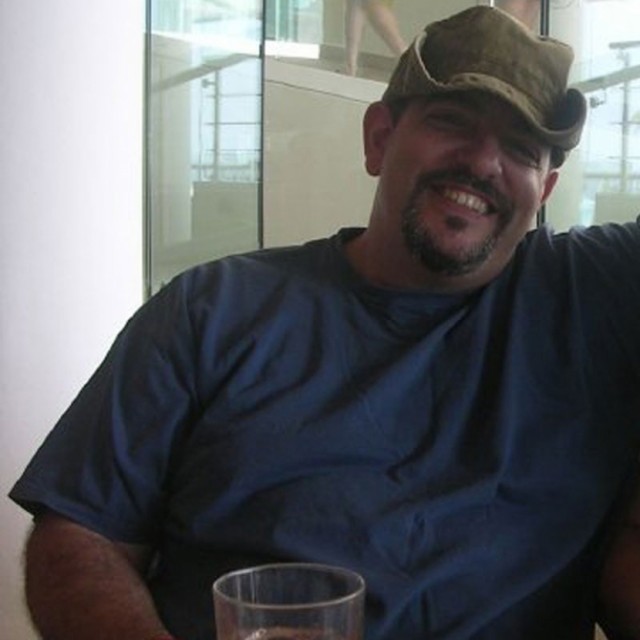 I first saw Dr. Carney in June of 2010 after I had moved to the area and chose her clinic since it was on my medical plan insurance. I wanted to establish a health history here in Texas since I moved here from out of state. I wasn't feeling well for about a year prior and wanted to get a physical since life had been hectic during the last twelve months.

During our first appointment, she asked me to have some blood-work done. At the end of June, she shared the results of my bloodwork tests with me, which were pretty alarming. I had high triglycerides, high cholesterol and for someone my age, they were ridiculous numbers. When she told me to go vegan, I pretty much laughed out loud.

I was raised on red meat and ate meat for breakfast, lunch, and dinner. It made no sense to go vegan and I thought going vegan was ridiculous. At the time, I was 40 and Dr. Carney said I was probably about two years away from having a stroke. I definitely knew I needed a lifestyle change. I wouldn't stick with it unless it worked, but I was really skeptical.

I said I would try it and she gave me plenty of advice to omit the red meat, cheese and other animal products from my diet. Within three months, all of my bloodwork numbers were in line and within six months, I had lost 50 lbs. by only changing my diet. The weight just dropped off. I had more energy, less aches and pains in the joints, more mobility, less of what I call the urglies and the gurglies, clearer skin, and really started feeling better with an overall improvement in my health. These were ridiculous results including a 100 point drop in both my cholesterol and triglycerides, so once I was past the first three months, I was definitely convinced with my new diet.

Dr. Carney is very results oriented and research driven. If something is not necessary, she will not recommend it. She would rather see you do a diet change as a means of medication rather than just write you a prescription. Dr. Carney is looking at your dietary needs or dietary lifestyle as a way to mitigate those medications.

Many people don't understand why I've done this. I stopped smoking because it was bad for me, causes cancer, and it's not healthy for me. Meat did the same thing to my body, so why would I continue to eat meat if it harms my body? For me, I saw a definite change between eating meat and not eating meat. I do eat fish occasionally, only once time month or every other month, but no other animal proteins.

If anyone is considering a vegan diet, commit to it whole-heartedly. You can't be a part-time vegan. You have to really go into it strict and give it three months, and you'll see an improvement. You also can't do a 1:1 substitution. If you used to go out and eat a 22 oz. steak and now eat 22 oz. tofu. My wife and I also noticed that some of the vegan recipes out there were good, but some of them really stink. We started a blog called Sinlessly Delicious where we share our vegan recipes that are "Paul Approved".

If someone is looking for a doctor and willing to listen to her advice and give it a try, then Dr. Carney is a really great doctor. She explains everything, breaks it down into layman's terms for you and many times you will wait a little bit, but that's because she is giving someone else the attention that you would want with her, as well.

Dr. Carney takes the time that you need and isn't quick with her prescription pad. She doesn't try to treat the symptom, but she wants to treat the cause. Dr. Carney has been a great success for me, and all of her medical advice has benefited me in more ways than one.