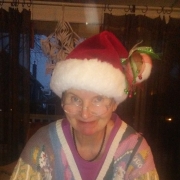 As assistant administrator for a popular facebook group, I often hear from new members saying they feel very isolated as a vegan. Many are surrounded by meat-eaters in their private and public lives, so for them, such groups may be their only way of socializing with other vegans, such as it is.

From what I've heard, very few vegans have a doctor that supports & encourages their lifestyle. In fact, the vast majority report their doctor having expressed some degree of horror and resistance, when they have revealed their plant-based diet.

On rare occasion (although perhaps increasingly), a member reports that it was their doctor who inspired them to watch "Forks over Knives" or gave them a vegan diet health-oriented book. With great delight at discovering another knowledgeable doctor, I find out more.

Tragically perhaps, it seems that many of these vegan doctors feel just as isolated as their would-be patients! They have often spoken of their frustrations with patients who refuse to make any effort on their own behalf and insist on being treated with drugs & surgery.

What sad irony is this? ... patients deprived of the health-care they want, which would be gladly offered by a doctor who is elsewhere struggling to help patients who would rather have disease-care. I guess my point is, thank goodness for sites like this that bring like minds together!

Tweet
Tags:
Support Vegan
Where there is life, there is hope!

Forks Over Knives - The Cookbook: Over 300 Recipes for Plant-Based Eating All Through the Year