Why do we Crave High Glycemic Foods? 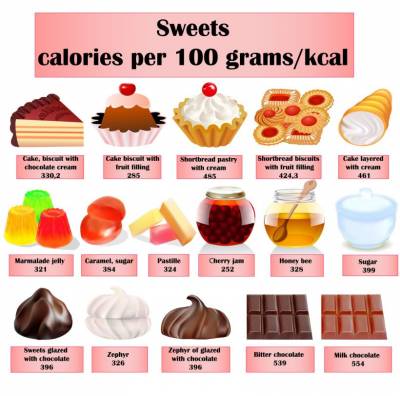 When I do a lecture series, the last of my sessions is titled "Why We Do What We Do?" That's the fun one because I see hope on people's faces. Through the series, the audience has been listening intently. They've heard the science of eating plants for health, strength, and energy. They've seen the studies on how oil damages our circulatory system. They've been amazed at the stories of healing that the Starch-Smart® System produces. But I can tell they're nervous. They're thinking, "How can I make this change? I don't have the will power." When I explain why we crave certain foods, and how to overcome those cravings, people feel empowered to take control of their diet and their health.

Science is finding that food acts much like a drug. In his article "High-glycemic Foods May Fuel Addictive Cravings," Joel Fuhrman, M.D., discusses the research on cravings and looks specifically at a recent study on why we crave certain foods. "Scientists have proposed the excessively sweet, salty, and/or fatty ("highly palatable") foods common in the standard American diet can produce addiction-like effects in the human brain, driving loss of self-control, overeating, and weight gain." The brain chemical dopamine is responsible for motivation, pleasure, and reward. When foods we like hit the tongue, dopamine is released in our brains. We like the feeling, and so eat more of the pleasure-producing food. Over time, however, the brain's dopamine receptors (D2) are reduced and it takes more and more food to produce the same level of reward. Reviewing the scientific literature, Dr. Fuhrman explains, "reduced numbers of dopamine D2 receptors have been reported in obese compared to lean humans, and the dopamine reward response becomes diminished over a period of weight gain. The dopamine reward response is also reduced among women with bulimia compared to healthy women. Frequent consumption of ice cream was shown to reduce the reward response in adolescents. Together, these studies imply that overeating results in a diminished dopamine reward response, resulting in a constant cycle of overeating and a progressively worsening addiction to low-nutrient, highly palatable foods."

Cravings and the Glycemic Index

The glycemic index (GI) measures how foods raise blood glucose levels. The higher a food ranks, the more it raises blood sugar levels. The 2013 study published in the American Journal of Clinical Nutrition suggested a relationship between the blood glucose spike a food caused and the addictive drive that same food produced in the brain. High-glycemic foods showed increased activity in the region of the brain associated with reward and craving, plus high GI foods caused the test subjects to report greater feelings of hunger.

Dr. Fuhrman's article concludes that avoiding high-glycemic foods like refined carbohydrates, sugar, white flour products, and white rice is a good idea, especially for those who are overweight and struggling with food addiction. Instead, low-glycemic foods like beans are smarter choices because they are less likely to stimulate the reward centers which produce the sensation of craving.

High-glycemic foods are only one piece of this food addiction puzzle. I have much more information available on my website about the addictive properties of salt, sugar, meat, dairy, and fatty foods. Or, if you're like the audiences at my lectures who are convinced by the science, the studies, and the Starch-Smart® success stories but seemingly can't find the will power to make the changes, then listen to my lecture, "Why We Do What We Do?" and start living your own success story.

Are Omega-3 Supplements Necessary?
Protect Your Prostate from Cancer