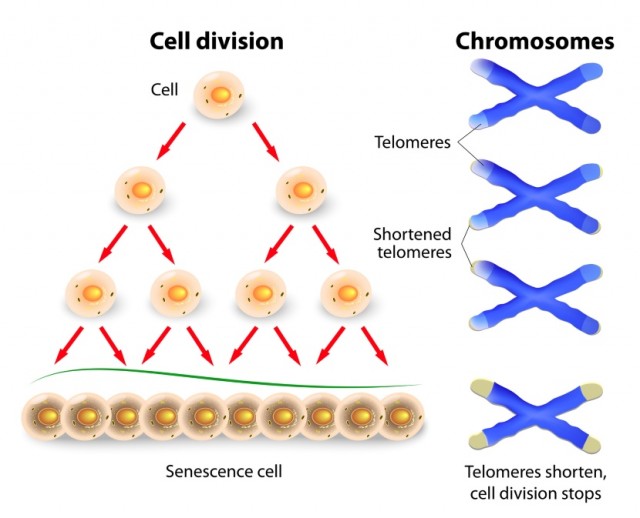 The promising results of the study were published in THE LANCET Oncology in November of 2008 and included the interpretation:

This is very promising news because each of us has 46 strands of DNA in each of our cells coiled into chromosomes with a 'cap' at the end of the DNA strand which are called telomere. And as we age these telomere are shortened. When they expire, we expire. Hence, we would all like to slow that process or even reverse it. The study indicates that the answer is to adopt a whole food plant based diet. This study was funded by the US Department of Defense and shows that in just three months of a whole food plant based diet, Telomerase activity can be significantly increased.

The video below also shows another study in which two foods were shown to speed up telomere shortening. The first (most damaging) of those two foods was processed meat which is easy for most people to believe. The second food was more surprising and in fact is a food many people believe to be an anti-aging food. That second food was non-fried fish whose consumption is, as Dr. Greger states, "nipping at our DNA". In the DNA aging process, fish even outperformed coffee, fried foods, high-fat-dairy, red meat, refined grains and high fructose corn syrup containing soda.