Protect Your Liver From Cancer 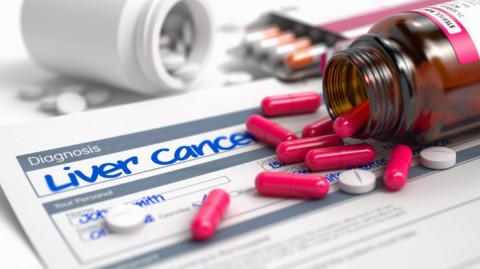 The liver is an incredibly important organ in the human body, working as our own personal chemical processing plant. It performs over 500 functions that are vital to life. In fact, the liver processes everything we eat, drink, breathe, and rub on our skin. To a large extent, the health of the liver determines the health of the rest of the body. Damage to the liver greatly affects the overall health of an individual. There are quite a few conditions that can cause tremendous damage to the liver. A life threatening diagnosis of liver cancer is certainly one of them.

Liver cancer is the sixth most common cancer worldwide, with about 782,000 cases recorded in 2012. The American Cancer Society estimated that over 40,000 men and women will be diagnosed with liver cancer in the United States in 2017, and about 28,000 persons will die from this disease in the same year. Liver cancer death rates have increased by almost 3% per year since 2000.

Several studies have shown that dietary choices play an important role in accelerating or inhibiting the development and growth of cancerous cells in the liver. The findings of a study published in the February, 2015 edition of the Journal of Clinics and Research in Hepatology and Gastroenterology revealed that habitual consumption of diets rich in vegetables diminished the risk of developing liver cancer.

Another case-control study conducted in Northern Italy found out that low consumption of fruits and vegetables accounted for 40% of the attributable risk for developing liver cancer. Other studies show that a decline in liver cancer risk is associated with increased intake of vegetables.

Vegetables are rich sources of potent anti-cancer compounds, such as lentinan, luteolin, apigenin, diallyl sulphide, and dietary fiber. These compounds help to prevent the development, growth, and spread of cancerous cells and tumors in the liver by removing excess free radicals, boosting the immune system, and inhibiting the mutation of normal liver cells into cancerous ones. An abundance of these potent anti-carcinogenic compounds in the body help to lower the risk of developing liver cancer.

Dietary choices can either raise or lower the chances of developing liver cancer. At every meal, include produce, some of it raw. Vegetables, especially cruciferous, provide significant protection against liver cancer as well as other diseases. Adopting a dietary pattern of low-fat whole plant based foods including daily fruit, legumes, whole grains, cruciferous vegetables, and also starchy vegetables like sweet potatoes may protect the liver from cancer.

(3) Consumption of Vegetables May Reduce the Risk of Liver Cancer