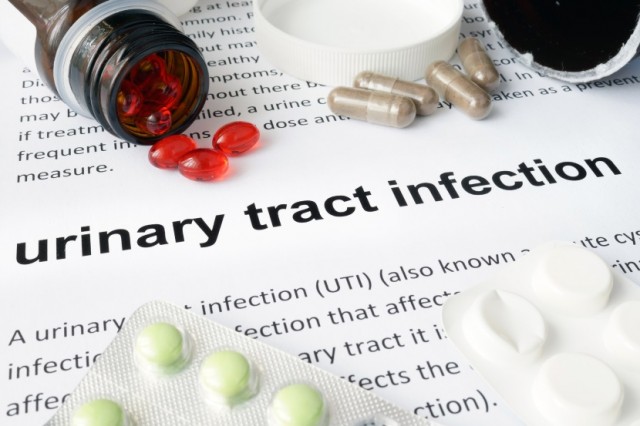 If you are a women, most likely you have experienced (and have taken antibiotics for) one or more bladder infections. Bladder infections are very common, and millions of women are diagnosed with infections every year, at a cost of over a billion dollars. What is not commonly known is what causes the infection. Often it is chicken.

Dr. Michael Greger uncovers one plausible link between bladder infections and eating poultry. Poultry? Yes, you read it correctly! According to Dr. Greger's article, "Researchers went to supermarkets and tested one thousand, six hundred and forty-eight different types of food—and, they found it. We now think that urinary tract infections come from eating chickens. Half of retail poultry samples were found contaminated with the UTI-associated strains of E. coli." After many years (using genetic fingerprinting techniques) researchers confirmed that the type of "extra-intestinal (meaning outside of the gut), pathogenic, disease-causing E. coli that entered the urethra were traced back to the slaughterhouse, to the meat, to the urine specimens obtained from infected women. We now have 'proof of a direct link between farm animals, meat, and bladder infections,' solid evidence that urinary tract infections can be a zoonosis (an animal-to-human disease)."Dr. Greger adds, "Millions of women get extra-intestinal E. coli infections every year—urinary tract infections with the potential to invade the bloodstream and cause fatal sepsis, or blood poisoning." A report published in Science Direct states, "The strains of E. coli that cause extra-intestinal infection are an increasingly important endemic problem and underappreciated 'killers'."

If you have a puzzled look on your face, keep reading. Dr. Greger simplifies it by saying, "Scientists now suspect that by eating chicken, women infect their lower intestinal tract with these meat-borne bacteria, which can then creep up into their bladder" causing an infection.

Poultry products are the most highly contaminated meat source of fecal bacteria - due to production, slaughtering, processing, distribution, retail marketing, and handling or preparation. Cooking the meat properly doesn't remove the risk of bacterial infection either, since it's the "cross-contamination that causes the infection." Dr. Greger expands in further detail saying, "If you give people frozen chickens naturally contaminated with antibiotic-resistant E. coli and let people prepare and cook it in their own kitchen as they normally would, the bacteria ends up in their rectum even if they don't actually consume the meat. That's how they know it was cross-contamination, because the jump happened after the animal was prepared but before it was eaten. In one study five different strains of antibiotic-resistant E. coli jumped from the chicken to the volunteer." Click here to watch how bacteria spread when washed under water.

Two other types of bacteria found in poultry,  Salmonella and Campylobacter, are serious human pathogens. Researchers conducted a study involving five dozen homes in which they were given fresh chicken meat to prepare and cook. They were also instructed to wash their hands and everything they touched with hot water and detergent. The study revealed Salmonella and Campylobacter "all over the kitchen—on the cutting board, the utensils, on their hands, on the fridge handle, on the cupboard, the oven handle doorknob, and everything." Even after using bleach, these pathogens were found.  Those who eat poultry products "constantly re-introduce these chicken pathogens into their system."

Dr. Michael Greger comments, "The best way to prevent bladder infections is the same way we can prevent all types of infections, by not getting infected in the first place." We agree, eating a Starch-Smart® diet is the best way to avoid these pathogens and the illnesses associated with consuming them.

(5)  Prevalence of Campylobacter, E. coli, and Salmonella in Retail Chicken