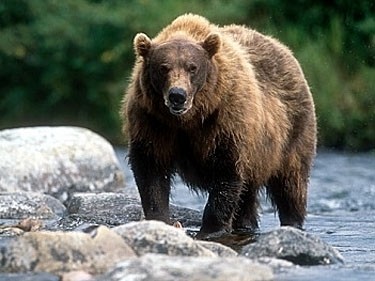 Until the age of 36, back in 1988, I believed that humans were carnivores. That is, until after a very eye-opening education from my Type-1 diabetes journey where I learned that consuming meat, or any animal product for that matter, was a large influence on insulin resistance which is not a good thing! This seems mysterious, since it appears that humans have been eating meat since long before recorded history. It is widely assumed that we evolved eating meat and are thus, carnivores or at least omnivores. From personal experienced along with matching observation of others, I believe this is flawed logic.

Also by observation, I have learned that humans are not the only species that consume inappropriate foods – and likewise suffer for it. When I lived in the country, I enjoyed watching large flocks of grackles. They all looked very healthy with full shiny plumage. Contrastingly, I have witnessed very unhealthy looking grackles that hang out around fast-food restaurants where they collect the scraps left behind by humans. (Hmm … miner’s canary?) These birds do not look healthy at all, missing patches of feathers and sickly looking color. Another example; while visiting the Clearwater Marine Aquarium and hospital in Clearwater Florida, I learned that many of the rescued dolphin patients are found beached due to becoming sick and morbidly obese from eating foods thrown to them by humans from boats and ships.

In the science of evolution, natural selection only occurs with conditions that affect procreation. Eating the wrong food does not result in a change unless it compromises procreation. As is currently clear, eating meat does not compromise procreation sufficiently for any weeding-out. I believe real evidence shows that the only human dietary evolution that has taken place is the misconception that we are supposed to eat meat. Apparently this originated a very long time ago. One element of the confusion is our attention span. Many of the chronic illnesses do not reach debilitating levels until after the age of about 30, give or take a few. Additionally, we tend to confuse the terms; Normal, Typical and Optimum. Since most everyone suffers one or more debilitating issues as they age, it is considered Normal - just old age. But since eating meat has been “typical” for so long it is considered “normal”. It seems that as a species, few have ever experienced “optimal”.

There are multiple studies and archeological findings that have been used to suggest early humans ate meat. This may well be true; however, I don’t think it’s because of evolution, instinct or that early humans were somehow nutrition experts. I suspect humans were as impressionable then as they are now. Hunting is a popular sport. I know lots of people who hunt, while I know no one who has ever needed to hunt – although many believe they do. (I won’t go into why I think people enjoy hunting.)

Regardless of any theories on evolution or the habits or diets of our ancestors; the real evidence is our current anatomical biology.

Dr. Michael Klaper has produced a DVD movie titled “Digestion Made Easy” which explains in a very nuts-and-bolts manner, how our digestive system works. There is also a YouTube video by the same title that is a condensed, but free, presentation of the same subject. I have embedded this video at the bottom of this blog.

Michael Bluejay has posted a great article with rationally powerful information regarding the meat myth on his website. In the article, Michael covers our physiological aspects and answers many of the carnivore / omnivore arguments. Michael’s writing is matter-of-fact yet lively - a very good read. Enjoy!

Does Insulin Make You Fat?
Sacrifice?!