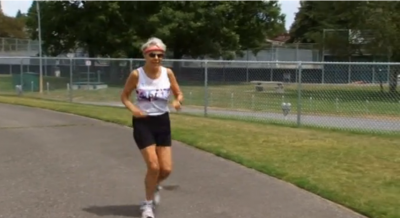 Ruth Heidrich, PhD, discovered she had an aggressive type of breast cancer (when she was in her 40's) which had already spread to her bones, one lung, and liver. She had the lump removed but refused chemotherapy and radiation, and instead signed up for Dr. John McDougall's dietary research study.

Dr. McDougall discussed his starch-based diet with her and explained that an aggressive dietary approach could possibly arrest the cancer's progression. She not only has been free of cancer for over 30 years now, but has won over 900 gold medals competing in over 60 marathons & numerous triathlons. She is almost 80, but still running marathons and does not plan to be slowing down anytime soon!

We hope you will enjoy the short interview below where Ruth Heidrich is interviewed regarding her cancer diagnosis and what she decided to do about it.

(2) How I Went from Cancer Patient to Ironman Triathlete