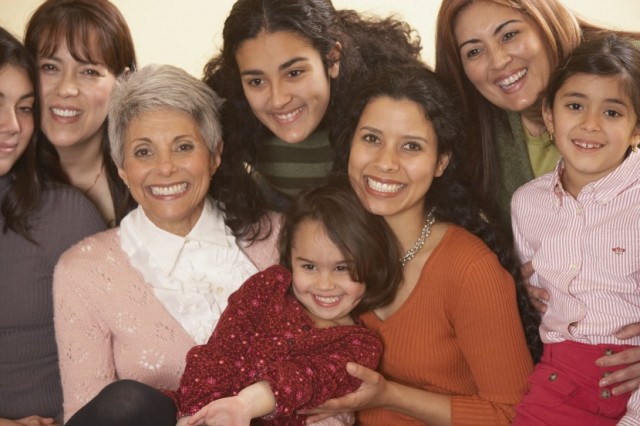 Heart disease, osteoporosis, autoimmune diseases, obesity, and breast cancer are some of the common conditions that affect the lives of women. However, in his Women's Health article, Dr. Joel Fuhrman states that, "These conditions are largely preventable with healthy lifestyle measures." I have to agree. For this reason, I frequently blog, write articles, and give presentations regarding Women's Health. Would you be interested in knowing how to prevent and reverse these same common conditions?

Heart disease currently kills more women in the USA than any other disease. Although, if current trends continue it will likely be overtaken by cancer in the near future. Presently American woman die from cardiovascular disease at a rate of almost one per minute. These tragic deaths are basically food borne illnesses caused by the consumption of inflammatory foods such as meat, dairy, eggs, chicken and fish. The good news is that heart disease can be reversed by diet.

Osteoporosis is another practically epidemic food borne disease with the same causes. The Centers for Disease Control and Prevention (CDC) stated recently that about 25 percent of senior women have osteoporosis, a serious weakening of the bones. When they take into account the beginning stage referred to as osteopenia, the number increases to nearly 50% of all American senior women. This generally begins to be an issue in women's 50s and 60s. There is good news here though as well. This condition can also be stopped and even reversed. I personally have seen bone density increase in many of my patients after adopting the Starch-Smart® System of Dietary Care Extraordinaire.

Autoimmune diseases are also rising in epidemic proportions and most alarmingly in women. In fact the CDC stated that 8% of the general population are effected by autoimmune diseases, of which 78% are women. In autoimmune diseases the body turns on and attacks itself. Believe it or not, autoimmune diseases are the third most common disease category in the USA following behind heart disease and cancer. Again, the good news is that these conditions can often be stopped and even reversed. I would love to introduce you to Suzie who we first wrote about in March of 2013 after her Crohn's disease had been in remission for three years. It still is. Another patient, Pricy was recently interviewed regarding her Vitiligo in remission. There are many more people whose stories are not yet written so stay tuned.

The above are just a few of the diseases effecting women that I have seen respond well to a whole-food plant-based diet. When you stop putting fuel on a fire it dies out. The same holds true for these lifestyle generated diseases. A common denominator, which acts as fuel in many of these conditions is excess estrogen. For more information on this Estrogen Connection please read my blog entitled Women's Health is More than Gynecology.

This subject of how estrogens effects women's health is also extensively discussed in my video Cancer Prevention & Women's Health which I truly wish EVERY woman would watch. And I wish that EVERY man who loves a woman whether that woman be a mother, spouse, daughter or a friend also watch Cancer Prevention & Women's Health. Because, friends don't let friends do disease.