Viagra and Melanoma: Is There a Connection? Millions of American men take Sildenafil, most commonly known by its brand name Viagra, to achieve and maintain erection during sex. Though this drug has been proven to be effective in treating erectile dysfunction, it has been linked to a host of medical problems, including heart, vision, and hearing problems. Recently, evidence from a growing number of studies has shown that Viagra may contribute to the rising rates of melanoma—a form of skin cancer that begins in the melanin-producing cells— in the United States.

The American Academy of Dermatology (AAD) reported that the incidence of melanoma has doubled between 1982 and 2011. If discovered early, melanoma can be cured. However, it can progress to a more aggressive and invasive form that can result in death within a few months. Melanoma is responsible for more than 9,000 cancer deaths in the United States in 2017. Surprisingly, men account for 67% of these deaths. A 2014 study that investigated the relationship between Viagra use and melanoma risk revealed that men who reported using this drug had higher risk of developing melanoma than their counterparts who were not taking Viagra.

Melanoma cells down regulate the enzyme phosphodiesterase 5 to grow and spread to other parts of the body. This enzyme plays a significant role in halting the spread of cancerous cells and tumors of melanoma origin. Unfortunately, Viagra help its users to get an erection by inhibiting phosphodiesterase 5, thus promoting the development and spread of invasive melanoma.

Dr. June Robinson of Northwestern University Feinberg School of Medicine advised doctors treating men taking Viagra to regularly check them for signs of skin cancer. More than 30 million Americans are suffering from chronic erectile dysfunction. A significant percent of this population are taking Viagra to revamp their sex life. Men using Sildenafil (Viagra) may be at high risk of developing melanoma.

It may be the Sildenafil (Viagra) pill itself contributing to that higher risk or it may be that this pharmaceutical drug allows one to postpone the consequences of eating a diet containing animal proteins and oils, which have been scientifically proven to impair erectile performance. By allowing men to continue eating meats, dairy, eggs, and oil, yet not suffer ED (erectile dysfunction), Sildenafil (Viagra) may be a contributing cause of cancer, as well as a direct cause. Erectile dysfunction is a clinical indicator of advancing heart disease. Men with ED are between 1 and 5 years away from suffering a major cardiac event.
https://www.drcarney.com/blog/health-issues/ed-is-a-warning-sign-of-clogged-arteries 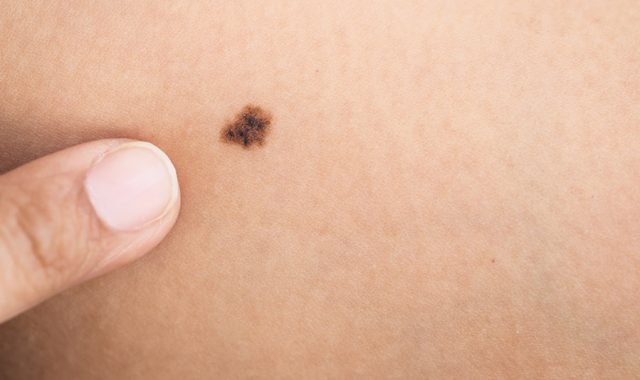 The popular “little blue pill” designed to help men suffering from erectile dysfunction (ED) has been linked to melanoma, a deadly skin cancer. Melanoma is the leading cause of death from skin disease.​
https://www.drugwatch.com/viagra/melanoma/

Association between dietary vitamin C and risk of cutaneous melanoma in a population of Northern Italy.