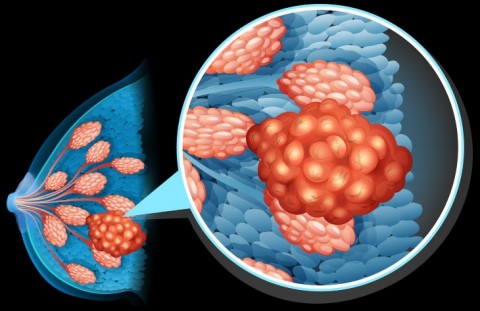 In 1982, Dr. John McDougall published the very first study accepted in a scientific journal regarding diet and the treatment of breast cancer. He believes that the rich Western diet causes breast cancer, and a change in diet makes a huge difference in its outcome. However, Dr. McDougall says we will never hear this from our doctors. The majority of doctors do not know what causes cancer or the role diet plays in its prevention and/or treatment. This is because the treatment plan for cancer taught in medical schools involves surgery, radiation and chemotherapy; physicians receive little or no nutritional training.

Citing his May/June 1997 Newsletter, several attempts have been made to change the course of this disease. "Dietary advice about preventing cancer has been proposed by the Senate Select Committee on Nutrition and Human Needs in 1977, the National Cancer Institute in 1979, the National Academy of Sciences in 1982, the American Cancer Society in 1984, and the Surgeon General of the United States in 1988. All these organizations agree that we should cut down our intake of meat, high-fat dairy products, and fats and oils from all sources, and that we should increase grains, fresh fruits and vegetables in our diets to prevent breast cancer."

Below are several points Dr. McDougall discusses from the video above. He explains these points in more detail in his Nov-Dec 1996 and May-June 1997 Newsletters.

The Western Diet = Gasoline on a Fire

The rich Western diet fuels the growth of cancer cells. It's like pouring gasoline on a fire. "Factors that cause cancer are also believed to encourage its growth. By changing from the rich Western diet that promotes breast cancer to a diet that supports good health, further growth of cancer could be slowed and the woman's life would be prolonged."

"The risk of breast cancer varies worldwide among populations of people who live and eat differently - this clearly implies an environmental connection. The strongest contact we have with our environment is our food - we take in one to five pounds of it a day for breakfast, lunch and dinner. Women living in Japan, eating a diet based on rice, have one-sixth the risk of cancer as women in the US. Women who change their diet to rich foods while living in Japan, or move to the US and make that change, increase their risk of breast cancer dramatically. In the US the highest rates of breast cancer are among affluent women, with a life time risk of one in seven."

"Even cancers caused by other habits, such as smoking, are influenced by diet. For example, 60% of Japanese men smoke cigarettes, yet they have one-fourth the chance of dying of lung cancer as American men. Their healthier diet of mostly rice and vegetables helps them to defend against and to repair the damage from cancer-causing chemicals in tobacco smoke." In the graph below, notice how breast cancer rates rise and fall in direct proportion to the percent of animal products consumed. As the percentage of animal fat increases, so does the incidence of breast cancer.

"Once started, the growth rate of breast cancer is influenced by sex hormones. Women who lose their ovaries early in life have a much reduced risk of getting breast cancer, and women who take estrogen pills after menopause have more breast cancer. Women consuming the rich Western diet have higher levels of hormones in their bodies. For example, British women, 55-64 years old, are found to have 171% higher levels of the powerful female hormone, estradiol, compared to Chinese women. The British diet is 43% fat compared to the 15% fat Chinese diet. Furthermore, a reduction in fat intake will decrease the levels of hormone in a woman's body. In one study, estradiol levels were cut in half when postmenopausal women were changed to a diet with less than 10% of the calories as fat."

"Not only are the hormone levels higher, but they are also higher for more years of a woman's life. The rich western diet causes early onset of maturity and late menopause. British girls, on the average, start their first period at age 13, while Chinese girls start at age 17. Menopause occurs 1.8 years earlier in Chinese women than British women. This prolonged, as well as elevated stimulation, promotes disease of the breast tissue, including breast cancer."

"Another hormone, called prolactin, is made in the pituitary gland of the brain. Prolactin normally stimulates the breasts to prepare them for milk production. Dietary fat increases the amount of prolactin, and some studies show higher levels of prolactin in women with breast cancer."

More information on how meat/dairy raises sex hormones can be found here, here, and here. To see how a high-fiber plant-based diet removes excess sex hormones from our bodies, click here or here.

Diet Should be Part of Every Cancer Patient's Treatment Program

"A low-fat vegetarian diet and a healthy lifestyle should be fundamental parts of every cancer patient's treatment program. This is especially true when the cancers, like breast, prostate, colon, and kidney cancer, are known to be caused, at least in part, by the rich Western diet. Whole plant foods contain powerful antioxidants than not only stops the initiation and promotion of cancer, but also inhibits its spread."

"Our diet and habits play a pivotal role in all phases of cancer. 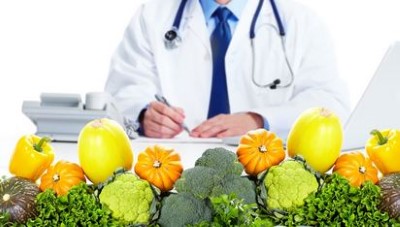 Cancer starts with damage to our intra-cellular genetic material, DNA, by chemicals, radiation, and viruses found in our environment. Unhealthy foods, pollution, smoking, and certain medications are common sources of cell damaging chemicals. Once started, we have a second chance to stop the cancer with cancer cell destroying activities of our immune systems. Good nutrition with fruits and vegetables enhances our immune system. The activity of "natural killer cells, which seek out and destroy cancer cells, has been found to be 100% higher in vegetarians compared to meat eaters."

"Unlike other commonly recommended therapies, such as chemotherapy, radiation, and surgery; advice on diet and lifestyle is unique in that it has the potential to do so much good and absolutely no harm. No one throws up, loses their hair, or dies from eating healthy foods. Even if a patient's life were not prolonged (and I firmly believe it will be), the years left will be enjoyed with a higher quality of life. Therefore, all cancer victims should be encouraged by their doctors, friends and families to eat a starch-based diet with vegetables and fruits, exercise, and clean up bad habits."

"Changing from the typical American diet of 38% fat to a starch-based, McDougall-type diet of 7% fat should make a significant difference in how long you live with breast cancer. However, it's not just the fat that is involved in the progression of cancer. Excess calories, animal fat, vegetable fat, cholesterol, and environmental chemicals are all known to encourage cancer growth, and all of these are found in high concentrations in the Western diet made of meats, dairy, eggs, oils, and highly processed foods. Dietary fiber, antioxidant substances like beta carotene, vitamins C and E, and other phytochemicals are all known to inhibit cancer development and growth, and all of these are found in plant foods."

"Studies on experimental animals support a dietary cause for breast cancer. The relationship between total fat intake and incidence of breast cancer in rodents treated with cancer-causing chemicals is almost linear, suggesting a dose-response. Most animal studies show that fats and oils promote the growth of tumors and that animals receiving diets higher in cholesterol show more frequent tumors and metastases. A cholesterol-free, fat-free diet retards the growth of tumors in animals and prolongs their survival time. There is a dose relationship here also: the lower the fat in the animals' diets the slower the growth of the cancer."

"The clinical course of breast cancer is highly variable. Some women will die soon after the lump in their breast is discovered, while others will survive twenty years or more in apparent good health, only to die eventually from their original cancer. The course of breast cancer and, ultimately, the time of death are determined by the patient's ability to resist the aggressiveness of the tumor. This contest is commonly referred to as the host versus tumor relationship. Present modes of treatment, including surgery, radiation, and chemotherapy, try to change this relationship with methods aimed at removing or weakening the tumor. However, many years of experience with these treatments have been generally disappointing and have left investigators wondering if any real progress has been made in the war against breast cancer. Now it's time to start paying attention to strengthening the host, especially through better nutrition. The data in humans supporting the positive influence of a healthy diet on the survival of women with breast cancer is convincing."

"The rate of progress of breast cancer seems to be predicted by several dietary-dependent risk factors. Overweight women with high levels of cholesterol live half as long as slimmer women who have low levels of cholesterol. Reducing the levels of the hormones, estrogen and prolactin, by means of drugs or surgery can retard the growth of established breast cancer, cause regression of tumors, and prolong survival. All four of these prognostic factors--body weight, cholesterol, estrogen and prolactin levels--can be lowered by changing to a low-fat, starch-based diet. The results would be reflected in a longer life. Survival of patients with localized breast cancer is 8% to 93% higher in countries with lower fat intake (Japan) compared with those of higher fat intake (United States). For example, the five-year survival rate for breast cancer patients in Japan is 74.9 percent as compared with 57.3 percent for breast cancer patients in Boston. Compared to Japanese patients, American patients also have more advanced disease at the time of diagnosis, more aggressive tumors on microscopic examination, and higher rates of recurrence. Japanese women have a considerably lower fat intake in their diets."

For more information regarding diet and breast cancer, click on the following links:

(4)  A Low-Fat, Plant-Based Diet Intervention Can Slow or Stop the Progression of Cancer?

(5)  The McDougall Program for Women

(6)  Relieving Yourself of Excess Estrogen