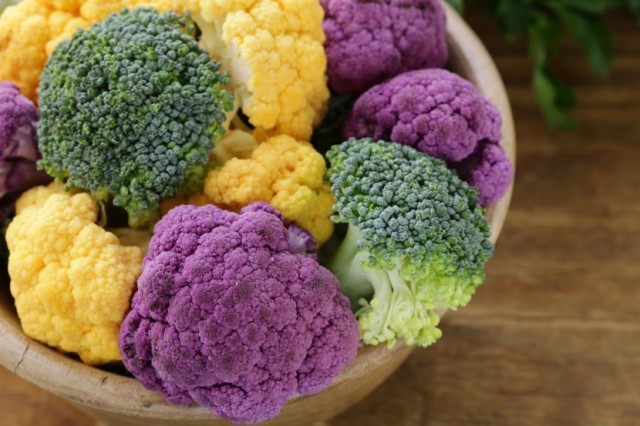 When it comes to the health and nutritional benefits of cruciferous vegetables, the science is clear. The wide array of nutrients found in these vegetables are beneficial in the prevention of various chronic diseases, including type 2 diabetes, cardiovascular disorders, Alzheimer's disease, and cancer. Now a new study has added to the (already large) existing body of evidence supporting the ability of cruciferous vegetables to inhibit the development and growth of cancerous cells and tumors.

Cruciferous vegetables contain a group of compounds called glucosinolates, which scientists believe are converted into sulforaphane that the human body uses to fight cancer. "Sulforaphane is produced when the enzyme myrosinase converts glucoraphanin, a glucosinolate abundant in cruciferous vegetables. Now increasingly referred to as an anticancer compounds by scientists, sulforaphane help to decrease the rates of inflammation, remove excess free radicals, and protect the DNA from damage, all risk factors for cancer. Researchers at the Alfred Medical Research and Education Precinct and University of Melbourne in Australia stated that "Sulforaphane possesses the capacity to intervene in multi-stage carcinogenesis through the modulation and/or regulation of important cellular mechanism and to be selectively toxic to malignant cells."

Cancer is the second leading cause of death in the United States; over half a million Americans die from cancer-related causes every year. Inflammation and free radical induced cellular damage have been implicated in the development and progression of cancer. Antioxidants, made by plants but not in meat or dairy, neutralize free radicals. A diet rich in cruciferous vegetables provides adequate amounts of antioxidants and phytochemicals, such as sulforaphane, that help combat excessive inflammation and free radicals which trigger the formation and growth of cancerous cells.  That's how a vegan diet significantly cuts down the risk of developing cancer.

(1) Statistics for Different Type of Cancer