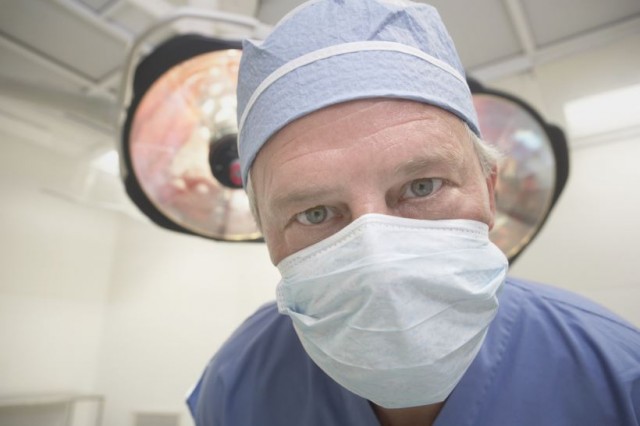 "Let food be thy medicine and medicine be thy food." These are wise words spoken by Hippocrates, an ancient Greek physician that is "considered one of the most outstanding figures in the history of medicine." The Hippocratic Oath which is named after Hippocrates, outlines medical ethics for doctors and is still used today. Part of the oath reads: "I will prescribe regimens for the good of my patients according to my ability and my judgment and never do harm to anyone." Sadly though, "medical care and errors" has become the third leading cause of death in the United States. It is estimated that over 400,000 deaths per year are associated with medical error. Examples of this include infections in hospitals, unnecessary surgery, hospital errors, adverse reactions and interactions to prescription drugs, administration of the wrong drug to the wrong patient, and wrong diagnosis.

When it comes to treating broken bones, lacerations or acute infections, seeing a physician or staying in the hospital is of vital importance. Yet when it comes to chronic disease (which is the leading cause of death and disability) modern medicine can many times cause more harm than good. The two videos we've featured by Dr. Michael Greger address these concerns.

Hospital-acquired infections could be reduced significantly if healthcare professionals would adhear to strict hand washing policies. Dr. Greger expresses concern by saying, "Compliance rates among healthcare workers rarely exceeds 50%. Doctors are the worst. Less than a quarter of doctors wash their hands even in a high risk environment like the intensive care unit."

These 225,000 deaths were mostly patients being treated in a hospital setting. "In an outpatient setting" Dr. Greger states, "Adverse effects can send millions to the hospital and result in perhaps 199,000 additional deaths. This doesn't include those non-fatally injured. These estimates are on the low end. The Institute of Medicine estimated that deaths from medical errors may kill up to 98,000 Americans. That would bump us up to 284,000 deaths, but even if we use the lower estimate, the medical profession constitutes the third leading cause of death in the United States."

One reason that may account for such a high rate of hospital error is the number of hours medical trainees work per week. Years ago, interns worked 36 hour shifts every three days, coming to a total of 117 hours per week. This has changed to no more than 80 hours a week (on paper) with shifts no more than 30 hours long. The video above explains how interns and residents "make 36% more serious medical errors, 5 times more diagnostic errors, and have twice as many 'attentional failures' when they work all-night shifts." These errors include "nodding off during surgery." Dr. Greger states that "Residents consider themselves lucky if they get through training without killing anyone. Not that the family would ever find out; doctors, with rare exceptions, are unaccountable for their actions."

There are many risks involved with modern medicine. Having a routine and simple surgical procedure could lead to a life-threatening infection, or even death. The biggest tragedy of all is that the majority of conditions being treated today could be prevented by adopting a lifestyle which includes a whole-food, nutrient-rich, plant-based diet. This would eliminate the need for modern medical care for chronic, dietary-induced conditions. In fact, diet and lifestyle factors account for nearly 80% of avoidable deaths. The World Health Organization (WHO) reports: "Low fruit and vegetable intake is among the top 10 risk factors attributable to mortality. Cardiovascular disease, cancer, obesity and type 2 diabetes mellitus (dietary-induced conditions) currently kill more people every year than any other cause of death. WHO attributes approximately 3 million deaths a year from such diseases to inadequate fruit and vegetable intake. Fruit and vegetables are an important component of a healthy diet and, if consumed daily in sufficient amounts, could help prevent major diseases such as coronary vascular disease and certain cancers. Low fruit and vegetable intake is estimated to cause about 31% of ischemic heart disease and 11% of stroke worldwide."

(2) Physicians may be Missing Their Most Important Tool

(3) Prevent-Reverse Disease with a Plant-Based Doctor

(6) Diet, Nutrition and the Prevention of Chronic Diseases

(10) Fruit and Vegetables for Health