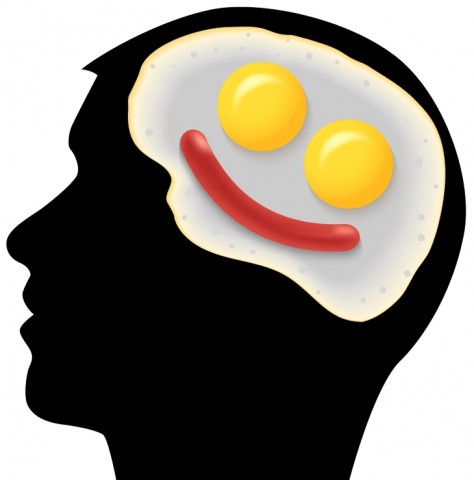 Scrambled, fried, hard boiled, or poached - there's a way to prepare eggs to satisfy even the pickiest of eaters. I'm sure many people have fond memories of eating bacon and eggs for breakfast with their families on weekend mornings.

Eggs are heavily advertised as being an excellent source of protein, vitamins, minerals, and antioxidants which are essential for good health.  They are particularly well-known for being the "measuring stick by which other protein foods are measured" due to their "high-quality protein." Most people eat eggs because of this. Eggs are also marketed for being an excellent source of Choline, Lutein and Zeaxanthin, Selenium, and many disease-fighting antioxidants.

Due to their cholesterol content, eggs have always been a very controversial food item.  One year we hear that the cholesterol in eggs increases our risk factors for cardiovascular disease, only to find out the following year that it poses no harm.  Low-carb, Paleo, Atkins, and Weston A. Price Foundation (WAPF) advocates rejoice hearing this; they continue consuming eggs without worrying about any potential health consequences.  This brings to mind one of Dr. John McDougall's favorite sayings, "People love to hear good news about their bad habits."   A quick search on the internet reveals how quickly the "good news" goes "viral" regarding egg's healthful benefits. In fact, very few articles on the internet actually uncover the hidden sources and practices that generate these claims.

Contrary to what we may have read or heard on the news, consuming eggs can contribute to developing risk factors for serious health problems. Thousands of animal experiments over the last 100 years have unequivocally demonstrated that dietary cholesterol accelerates the development of atherosclerosis in nearly every vertebrae, yet high-protein diet proponents and powerful profit-driven industries discredit these studies. For example, s tudies conducted on monkeys (whose diets consist of 40% of calories from egg yolks) develop severe atherosclerotic plaque.  When eggs are removed from the diet, significant cholesterol reduction and reversal of atherosclerosis can be seen. You'll have to spend a great deal of time finding these studies since they contradict what the majority of people want to hear. They are not well sought-after or popular articles on the internet.

It's no surprise to hear the media reporting that cholesterol in eggs doesn't raise our serum cholesterol and that we should include them as part of a "heart healthy" diet.  Yet if eggs are the highest concentrated source of dietary cholesterol and are 8 times higher than beef... and beef raises cholesterol... how can eggs not do the same?  Learning the truths behind this phenomenon will astound you!

Our in depth article, "Unscrambling the Truth About Eggs ," examines how studies are biased to mislead consumers about the health consequences of egg consumption.  You will learn how effective and powerful the egg industry's marketing strategies are at downplaying the hazards of eating eggs while boasting about their "superior nutritional profile." (Which the article disproves.) In fact, these strategies have even been referred to as "unethical."  In regards to the new studies showing serum cholesterol being unaffected by consuming eggs, these studies of course are funded by the egg industry.  Researchers who have financial or personal connections with this industry purposefully select participants for their studies who are overweight, who already have high cholesterol, and who are insulin resistant.  These select participants bearing these poor health conditions will show little response when a few eggs are introduced into the diet.  Dr. John McDougall explains that the participants are "prepped" with high-fat and cholesterol rich foods before the blood draws.  "The trick is to saturate the subjects with cholesterol from other sources, like beef, chicken and/or fish and then add eggs to the person's diet. Once a person has consumed 400 to 800 mg of cholesterol in a day, adding more (like with an egg) causes little rise because the bowel cannot absorb much more cholesterol."

Cholesterol levels are also measured after fasting overnight, instead of shortly after eating the meal containing eggs.  This is also purposefully done, since it allows time for cholesterol levels to drop. Had a postprandial blood draw been taken, the test would have revealed measurable increase in cholesterol levels for several hours.  Additional facts not reported in these studies include how dietary cholesterol influences oxidative stress, arterial inflammation and endothelial function.  The combination of these injurious factors is overlooked.  Eggs are harmful to the arteries, not only because they raise LDL cholesterol, but also because they promote inflammation, which influences both cancer and cardiovascular disease.  Furthermore, healthy participants with normal cholesterol levels do show an increase in serum cholesterol after consuming eggs. Eggs have also been associated with diabetes and lethal prostate cancer.

Our article also compares the nutritive value of an egg to whole plant foods.  Reports published by the USDA confirm that whole plant foods contain the highest levels of nutrients and offer the most protection against disease.  Protein is also discussed in great detail.  The evidence clearly demonstrates the advantages of consuming plant protein over animal protein.  Plant foods not only supply adequate protein, they offer powerful protection against disease, whereas animal products promote disease.

Lastly, we have highlighted the clever marketing tactics the egg industry employs in order to vindicate their product.  One technique that Dr. John McDougall talks about is called "unique positioning," which involves highlighting a particular nutrient which is plentiful in the product. For example, when calcium is mentioned, we think of milk and cheese. Omega-3 fatty acids is synonymous with eating fish, iron with beef, and eggs are well known as the "best source of high quality protein." "Focusing on the abundance of an individual nutrient," Dr. McDougall says, "diverts the consumer's, and often times the professional dietitian's, attention away from the harmful impact on the human body of consuming all kinds of animal foods." Highlighting one particular nutrient while downplaying the risks has proven to be a very effective and profitable marketing tactic.

Approximately 20 years ago, the American Heart Association, along with several consumer groups, and the Federal Trade Commission, executed successful legal action which urged the egg industry to stop misleading and false advertising that eggs "had no harmful effects on health." This was upheld by the Supreme Court. This anti-cholesterol assault resulted in a reduction of egg consumption, causing severe economic loss to the egg industry. In response, the egg industry created the National Commission on Egg Nutrition to compensate from economic stress. Their ads declared that "There is absolutely no scientific evidence whatsoever that eating eggs in any way increases the risk of heart attack." Their ads contained seven claims, which the US Court of Appeals found "patently false, misleading, and deceptive."

Since 1977, Dr. Michael Greger explains that "The American Egg Board has spent hundreds of millions of dollars to convince people that eating eggs are not going to kill them, and it's working. Research shows that the advertising has been effective in decreasing consumers' concerns over eggs and cholesterol heart health." Dr. Greger says that they are currently targeting their egg campaign to mothers. As part of their marketing campaign, The American Egg Board pays scientists $1500 to answer questions like "What studies can help disassociate eggs from cardiovascular health?" In order to keep the general public confused and misinformed, the egg industry resorts to many unethical measures (including bribery) highlighted in the videos in the article.

Keep in mind that "The American Egg Board's (AEB) mission is to "increase demand for egg and egg products on behalf of U.S. egg producers." In 2010, The AEB announced its expenditures. The board had committed to spending "41% of its $20M income to advertising." With this kind of a budget, it's easy to see how they can use their financial resources to influence research that supports their campaign.  Read our article, Unscrambling the Truth About Eggs here.