ED: It's Not Just for Old Guys Anymore 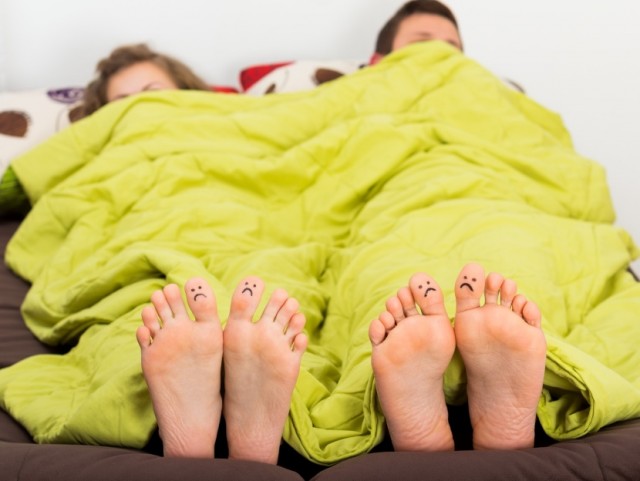 The classic Viagra commercials feature rugged, good-looking men with a tinge of silver in their beards facing potentially dangerous situations. In one, the rigging holding the main mast of a lone sailboat breaks free. No worries. Our capable, middle-aged man calmly rips a strap from a life vest in the hold and ties the sail back in place, continuing his venture with a steady mast firmly aloft. The narrator says, "You've reached the age of knowing a thing or two. This is the age of knowing what needs to be done. ... This is the age of taking action."

Commercials like this have reinforced the idea that erectile dysfunction (ED) is a problem that only affects older men. As a physician who treats men of all ages in my general medical practice, I can tell you that ED is not limited to those past middle age. A study published in the Journal of Sexual Medicine provides us with some statistics. In one outpatient clinic, for example, a quarter of the patients seeking help for new onset ED were age 40 or younger.  The researchers noted that the younger men tended to smoke and use illicit drugs at a higher rate than men over 40. But overall, their health was better. They had a lower body mass index (BMI) value, they had higher levels of testosterone in their bloodstream, and they lacked the multiple chronic medical conditions which were more common in men over 40. Yet, the severity of ED was higher in younger men. While 40 percent of men over 40 had severe ED, nearly 50 percent (48.8%) of the younger men could be classified as experiencing severe ED.

Irwin Goldstein, editor-in-chief of The Journal of Sexual Medicine, states that, "Erectile function, in general, is a marker for overall cardiovascular function — This is the first research showing evidence of severe erectile dysfunction in a population of men 40 years of age or younger. Clinically, when younger patients have presented with erectile dysfunction, we have in the past had a bias that their ED was primarily psychologic-based and vascular testing was not needed. We now need to consider regularly assessing the integrity of arterial inflow in young patients – identifying arterial pathology in such patients may be very relevant to their overall long-term health."

My article, Is Vegan the New Viagra?, explains the connections between ED and cardiovascular health. When arterial health improves, men find renewed vigor in the bedroom without the bother of a pill. In my practice, I've seen ED disappear after men base their diet on low-fat, whole, plant foods. When I know a patient is making changes to their eating, medication needs of all kinds often decrease. Meds for ED are no different. When a man has been eating Starch-Smart® for a few months, he often smiles and says, "Nope. Don't need it. I'm good now, Doc," when I inquire about his usual ED prescription. And it's not just my patients who are helped by the power of plants. In his book, The Engine 2 Diet, Rip Esselstyn confirms that he's seen men who are eating a low-fat, whole-foods, plant-based diet experience similar results. Rip writes, "Many of the Engine 2 Study participants also reported improved potency, including one who said that his erections 'are now like blue steel.'" Maybe that's one of the many reasons Rip named his newest book, Plant-Strong.

(3) Erectile Dysfunction: It's Not You, It's Meat