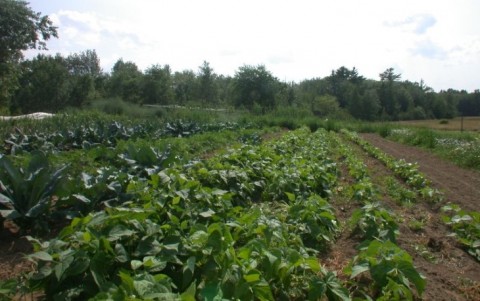 This blog post is Part 3. For a better understanding, please pre-read parts 1 and 2.

Webster's definition of Alternative Medicine: any of various systems of healing or treating disease that is not included in the traditional medical curricula of the United States and Britain.

I feel certain that there are at least two deeply rooted errors in the traditional medical curricula of the United States and Britain that directly affects my life (actually, everyone's life). In 1988, I started my Type-1 diabetes journey. Traditionally, a Type-1 diabetic's control is managed by their doctor. Very fortunately for me, the management provided by my doctor was a horrifying disaster. I felt doomed until a fill-in doctor told me that no doctor can control my diabetes and that I needed to keep a log of everything I eat to learn the effects of each food. I was elated with hope and became obsessed with logging and testing. I went on an elimination diet, trying different foods individually to prevent confusing the test results. I also subscribed to diabetes magazines and attended diabetes seminars and support groups. As my testing and logging progressed, I was mystified how my test results did not match the information presented in the magazines, seminars and my doctor's orders. Instead of low carb, high protein, I found that all plant, high carb, low fat worked the best. And I don't just mean better, I mean astoundingly better. Not only in blood-sugar control but in how I felt. I had never felt so vibrant. I never had so much energy. My muscle strength increased - and has continued to increase throughout the years. With less exercise, I have more muscle strength now at the age of 64 than I had in my 20's long before the diabetes started. I learned about the properties, causes and symptoms of insulin resistance, though at the time I had no idea there was actually a term for it. I learned that the cause of insulin resistance is animal protein and fat - any fat. This has been never-fail repeatable from the beginning in 1988 to the present. I learned that insulin resistance reduces energy, increases inflammation, slows healing - not to mention making blood-sugar control very difficult. The current medical establishment considers it a given that diabetics should avoid glycemic foods and concentrate on low carb, high protein. Predictably, insulin pumps and high-tech automatic monitoring devices are prescribed to maintain control with the recommended low carb diet and resulting insulin resistance. In contrast, I use a cheap over-the-counter glucometer and old-fashion insulin syringes because on a Whole Food Plant Based Low Fat diet, control is too easy to justify any "modern' gadgets, yet; as a Type-1 diabetic I easily maintain A1C readings under 5.5% (typically 5.1%). And yet, even with such a profound contrast between thetraditional medical curricula regarding diet and Type-1 diabetic control; by definition, such a prescription is classed as Alternative Medicine.

From all I have learned from my Type-1 diabetes journey, my own ascended health and vitality and more recently, what I have learned from Dr. John McDougall, Dr. Neil Barnard, Dr. Greger, Dr. Esselstyne, Dr. Campbell, Dr. John Kelly, Dr. Linda Carney and so many more; it is clear to me that the status of Alternative Medicine verses the traditional medical curricula of the United States and Britain are indeed backwards. Clearly, if the traditional medical curricula of the United States and Britain followed the Hippocrates oath; "Let food be thy medicine and medicine be thy food" and promoted a Whole Foods Plant Based Low Fat diet, then cardiovascular diseases, diabetes, inflammatory diseases and cancer would not be typical and America would not be suffering a health care crisis.

Disclaimer:Please understand that I am not a medical professional in any capacity. This writing is only to share my experience and what I have learned from it.

Beat the Odds of Getting Alzheimer's
Alternative Medicine: Part 2