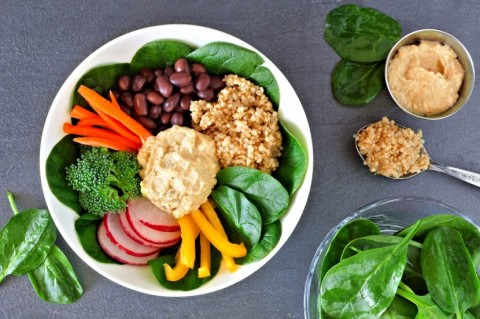 A group of Italian and American researchers have uncovered a simple diet that can help millions of people avoid diabetes. According to the researchers, strict adherence to a low-fat, oil-free plant-based diet can help prevent type 2 diabetes. For this study, the scientists divided 75 overweight adults with no history of diabetes into 2 groups. One group was fed with low-fat, vegan diets and the members of the second group were allowed to follow their normal dietary regimen for 16 weeks. The researchers assessed the insulin secretory rates, the insulin resistance, the body mass index (BMI), and the visceral fat volume of each subject before and after the study.

At the end of the intervention period, the researchers discovered that subjects on low-fat, plant-based diets had enhanced pancreatic beta-cell glucose sensitivity, lowered body weight, improved insulin resistance, and increased meal-stimulated insulin secretion compared to their counterparts who followed their previous dietary habits. The findings of this study suggest that adhering to a low-fat, plant-based dietary pattern can help to reduce the incidence of type 2 diabetes in the general population.

Individuals wishing to lower their risk of developing type 2 diabetes should avoid eating foods that promote weight gain, such as animal products and fatty foods, like oils made from plants.  Even organic extra-virgin olive oil (evoo) can promote diabetes if made a regular part of the diet in a genetically susceptible person with a body-fat percentage greater than 29%. Adopting an oil-free, low-fat diet of unprocessed whole plant foods decreased the risk of diabetes by more than 60% in a study that compared vegans with vegetarians, pescatarians, and flesh-eaters. Diabetes is a deadly disease that killed over 1 million people in 2015 and is a leading cause of blindness, stroke, heart attack, kidney failure, and lower limb amputation globally. A lifestyle switch to an oil-free low-fat, whole food plant-based diet can be effective in preventing this life-threatening metabolic disease and its fatal complications.