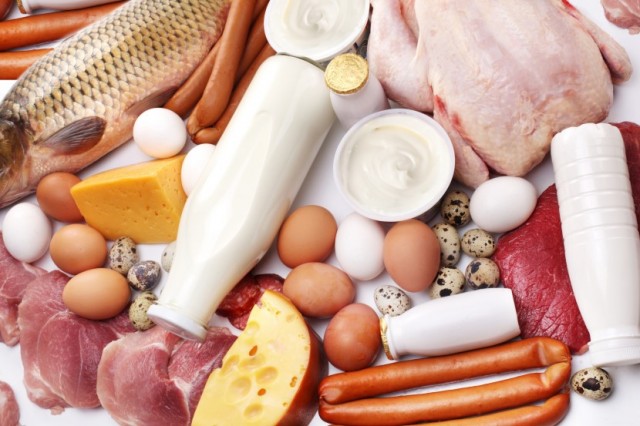 Each year, 12.7 million people discover that they have cancer and 7.6 million persons die from this disease yearly. Cancer is responsible for 1 out of every 6 deaths recorded worldwide, making it the second leading cause of deaths globally. Unfortunately, the number of cancer cases is expected to rise by about 50% over the next two decades. So what steps do we need to take to bring down the rates of occurrence of this deadly disease? Research has shown that poor dietary choices and physical inactivity are some of the factors that contribute to the rising incidence of cancer. The findings of a study published in the Journal of Pharmaceutical Research showed that unhealthy dietary choices may be responsible for as much as 30 – 35% of all cancer cases worldwide. Here are 3 foods that increase the odds of developing cancer:

Evidence from several human and animal studies have shown that increase in the frequency of consumption of red meat is associated with a significant elevation in cancer risk. In fact the evidence against red and processed meat is so overwhelming that the International Agency for Research on Cancer (IARC)—the cancer research branch of the World Health Organization (WHO)—labeled processed red meat as carcinogenic and unprocessed red meat as probably carcinogenic in 2008. Therefore, the higher the consumption rate of red and processed meats, the greater the chances of developing cancer.  Other studies show that the eating of any animal flesh promotes cancer, whether eating fish, turkey, chicken, pork, beef, lamb, venison, or seafood.

Milk has been the center of debate for decades now as a major cancer-causing food. This baby cow's growth fluid is a rich source of cholesterol, saturated fats, animal proteins, and hormones such as casein, estrogen, and insulin-like growth factor 1 (ILGF-1)—all of which have carcinogenic activities. According to Dr T. Collin Campbell, author of the groundbreaking book, The China Study, "casein—the main protein in cow's milk—is the most relevant chemical carcinogen ever identified." In addition, studies have found a positive correlation between high dietary exposure to saturated fats, estrogen, and insulin-like growth factor 1 and increased risk of prostate, breast, and testicular cancers.  Casein turns on genes that initiate the start and the spread of cancer.

A group of French Scientists discovered that the risk of cancer increases by more than 10% for every 10% increment in the proportion of consumption of ultra-processed foods. According to Toray Armul, MS, RD, CSSD, LDN, a spokesperson for the Academy of Nutrition and Dietetics, "processed foods include any food that has been purposely changed in some way prior to consumption; it includes food that has been cooked, canned, frozen, packaged, or changed in nutritional composition with fortifying, preserving, or preparing in different ways." Examples of processed foods include cheese, pastries, soft drinks, baked goods containing egg, and meat products such as ham, bacon, and salami. These foods typically contain additives and preservatives, such as nitrites, aspartame, high fructose syrup, and a host of other carcinogenic compounds that can stimulate the transformation of healthy cells into cancerous cells and tumors.