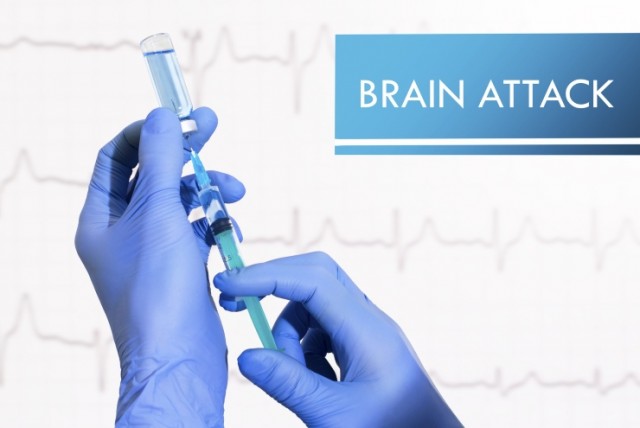 Every four minutes, someone dies of stroke. Isn't that sad? Stroke, also called brain attack, is one of the major causes of long-term disability and death worldwide. The Center for Disease Control and Prevention (CDC) reports that stroke is the fifth leading cause of death in the United States, killing about 140,000 people every year. Put into perspective; Stroke is responsible for one out of every twenty deaths in the United States.

A stroke occurs when a blood clot blocks an artery supplying the brain (ischemic stroke) or a blood vessel ruptures (hemorrhagic stroke). Both types of stroke interrupt blood flow to an area of the brain. When this happens, the affected part of the brain is deprived of oxygen and nutrients, leading to the death of millions of brain cells. In fact, two million brain cells are estimated to die every minute during a stroke, increasing the risk of permanent brain damage, disability, and death. Ischemic stroke is responsible for about 87% of all cases of stroke. While the prevalence of stroke is very high, the good news is that we can lessen our risk of suffering stroke by making whole food plant-based dietary choices.

Nutrition plays a much more significant role in stroke prevention than is appreciated by most physicians and nutritionists. According to the World Health Organization (WHO), inadequate consumption of fruits and vegetables is estimated to cause approximately 9% of stroke deaths globally. In addition, the findings of several studies have shown that high dietary ingestion of fruits and vegetables can reduce the risk of suffering from stroke.

Every 40 seconds, someone in the US has a stroke. This translates to 2,160 strokes per day and 15,120 strokes per week. Although these statistics are certainly sobering, the good news is that maintaining a Starch-Smart healthy dietary lifestyle can have a big impact in reducing stroke risk. Individuals who eat diets with plenty of fruits and vegetables, as well as no animal fats, animal proteins, or processed foods, have a much greater chance of avoiding a brain attack.

(3) World Health Organization (WHO): Promoting Fruits and Vegetables Around the World

(4) Fruit and Vegetable Consumption and Risk of Stroke: a Meta-Analysis of Cohort Studies