Protect Your Lungs From Cancer 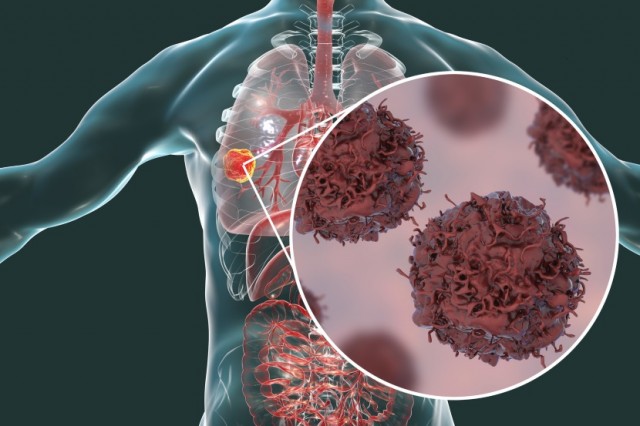 Lung cancer causes the most deaths from cancer in the US for both men and women. According to the American Cancer Society, lung cancer accounts for 26% of all cancer deaths and 14% of all new cancer diagnosis. Smoking tobacco or vaping nicotine is the principal cause of lung cancer, responsible for nearly 85% of all cases of lung cancer. Other factors that contribute to the development of lung cancer include family history, previous radiation therapy (especially after lumpectomy for breast cancer), exposure to radon, asbestos, arsenic in drinking water, and the use of vitamin E supplements. Red meat has also been implicated.

A long list of studies has shown that dietary factors play a significant role in the formation and growth of cancerous cells in the lungs. A 2013 study reveals that eating foods high in flavonoids can help protect individuals against lung cancer. In another study, researchers carefully note that populations consuming a tomato-rich diet containing high levels of lycopene exhibited a lower risk of certain types of cancers, including lung cancer. Data from a 2008 study adds to the body of evidence supporting the protective effects of flavonoids against lung cancer.

Lung cancer is mainly caused by chemical carcinogens, most of which are predominantly found in tobacco. In fact, tobacco contains at least 19 cancer-causing chemicals. These carcinogens penetrate the cells of the lungs, damage the DNA, and cause the formation of cancerous cells and tumors . Cells in the lungs and the respiratory tract are particularly exposed to chemical carcinogens entering the body through the respiratory tract. Flavonoids protect normal lung cells from turning into cancerous cells by neutralizing damaging free radicals, inhibiting the activation of carcinogens, and promoting the death of cancerous lesions.

Lung cancers (the type of cancer producing the most deaths in the USA) kill more than a hundred thousand people in the United States every year. As deadly as lung cancer is, it may be preventable. First things first: stop smoking, stop vaping, and limit exposure to passive smoke. Steer clear of chemicals, such as radon, asbestos, and arsenic as much as possible. Arsenic was fed to US chickens until 2016, when the drug roxarsone, which colors poultry pink and contains arsenic, was banned by US law. (Europe never did approve the practice of feeding arsenic to chickens.)

Unfortunately, arsenic can also be found in brown rice, which should be cooked like pasta is cooked, pouring off the large quantities of water used to cook the brown rice. Watch this video by my friend Michael Greger MD from his fabulous site NutritionFacts.org.

Arsenic is a carcinogen, and causes immune system damage. Choose quinoa more often than (instead of?) rice to lower your exposure to arsenic, because brown rice may provide (depending where it was grown and how you cook it) 100 times the acceptable levels of arsenic. Almost as much as the meats and seafoods offer.

Next, to protect yourself against lung cancer, eat more foods with high flavonoid content, such as tomatoes, apples, berries, celery, watermelon, peaches, tomatoes, and pears. These foods are powerful weapons that may help you prevent lung cancer.

(1) Intake of Flavonoids and Lung Cancer