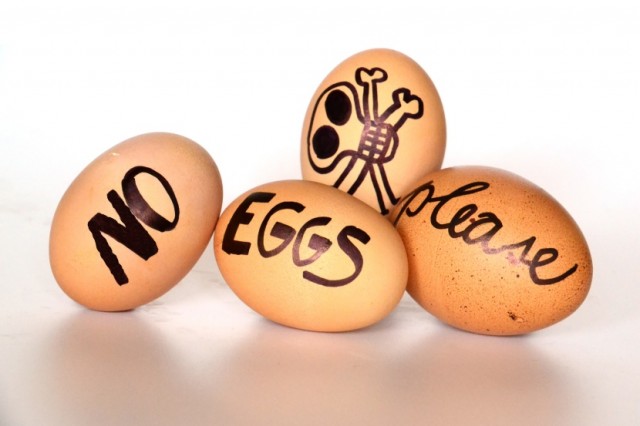 Eggs are Just Too Risky

The higher the consumption of eggs, the greater the risk of developing type 2 diabetes. This is according to a study published in the American Journal of Clinical Nutrition. Unfortunately, the United States is among the top egg consuming nations in the world. An estimated of 274.2 eggs were consumed per person per year in the United States in 2017. And, 2018 trended even higher at a projected per capita consumption of 278.9 eggs per person.

For this study, researchers at Harvard Medical School analyzed nutritional and clinical data obtained from 12 cohort studies that examined over 200,000 subjects and 8,000 cases of diabetes mellitus. The team of investigators discovered that high consumeEggs are Just Too Riskyrs of eggs exhibited a 39% higher risk of having type 2 diabetes compared to low-consumers and non-consumers of eggs. Another study published in the Journal of Atherosclerosis reports that a 68% increase in type 2 diabetes risk was associated with regular intake of eggs.

(1) Unscrambling the Truth About Eggs