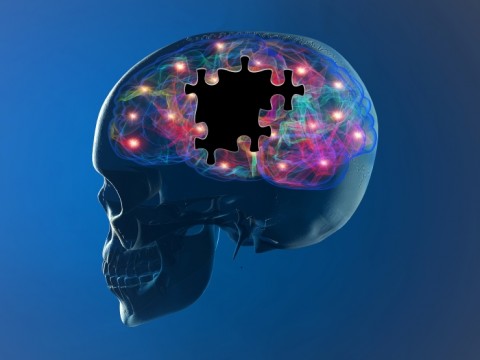 You have possibly heard this before: Eat more flavonoids. But why are dietary flavonoids beneficial? Dietary flavonoids, found mainly in legumes, vegetables and fruits, such as colorful leafy greens, blueberries, peppers, onions, citrus fruits, squashes, onions, apples, bananas, kidney beans, fava beans, and broccoli, are known for their antioxidant and anti-inflammatory health benefits. The findings of research conducted in 2012 by a team of scientists from Harvard Medical School revealed that consistent consumption of diets high in flavonoid-rich foods may be beneficial in the prevention of Parkinson's, a degenerative disease.

Parkinson's disease is a chronic and progressive movement disorder affecting more than 10 million people worldwide and about one million people in the United States. This neurodegenerative disease primarily affects neurons located in a region of the brain called the substantia nigra pars compacta. These neurons manufacture the neurotransmitter dopamine that sends signals to the parts of the brain that controls movement and cordination. Degeneration of the dopaminergic neurons in the substantia nigra pars compacta results in loss of muscle control. Some common symptoms associated with Parkinson's disease include tremor of the hands, arms, legs, jaw, and face, bradykinesia (slow movements), rigid muscles, impaired posture and balance, loss of automatic movements, speech changes, and writing changes.

A variety of factors are responsible for the development and progression of Parkinson disease. Current concepts on the pathogenesis of Parkinson's disease are centered on the free radical-induced oxidative damage to the dopaminergic neurons located in the substantia nigra par compacta region of the brain. Free radicals are molecules that cause damage to protein, DNA, lipids, cell membranes, and other parts of the cell. The mitochondria found in dopaminergic neurons and dopamine metabolism produce free radicals. If these free radicals are not neutralized and removed from the body, they will interact with other molecules and cells in the brain and cause oxidative damage to the dopamine-producing neurons in the substantia nigra, resulting in the deaths of these nerve cells, the formation of Lewy bodies (abnormal aggregation of the neuronal protein alpha-synuclein), and the development of Parkinson's disease.

In addition, dietary flavonoids are rich sources of polyphenols. In fact, flavonoids account for more than two-thirds of our total dietary intake of polyphenols. Habitual consumption of foods high in Polyphenols has been shown to be beneficial in the prevention of Parkinson's disease.

(1) Habitual Intake of Dietary Flavonoids and Risk of Parkinson's Disease

(3) The Potential Role of Dietary Polyphenols in Parkinson's Disease

A Comprehensive Meta-Analysis on Dietary Flavonoid and Lignan Intake and Cancer Risk: Level of Evidence and Limitations