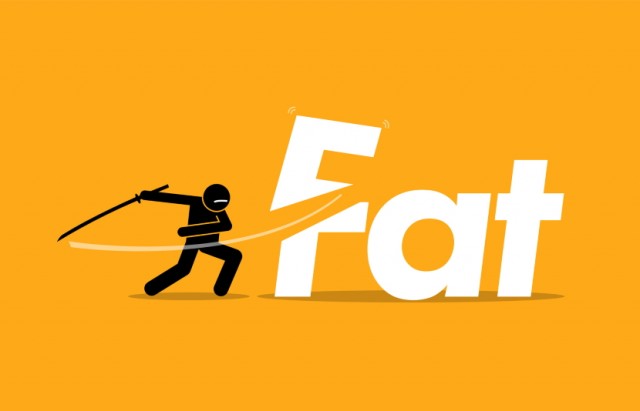 A group of researchers from the US National Cancer Institute teamed up with investigators from Harvard School of Public Health, Boston, USA, to study the relationship between dietary fat intake and ovarian cancer risk. For this study, the researchers followed the diets of 2,000 women for 9 years and tracked the incidence of ovarian cancer in the study group. "Dietary fat increased the risk of ovarian cancer," concluded the authors. This study's results agree with the findings of another study published in the Oncology Clinical Digest Journal. The researchers observed that women on high-fat diets were more prone to come down with ovarian cancer than their colleagues who rarely ate or completely avoided fatty foods. So how do dietary fats promote the development of ovarian cancer?

Fatty foods enhance the synthesis of estrogen—the female sex hormone. Estrogens play an important role in the normal sexual and reproductive development in males and females. However, when in excess, estrogens can drive the growth and development of cancerous cells and tumors in the ovaries, increasing a woman's risk of developing ovarian cancer.

In contrast, low-fat plant foods that prevent excess estrogens can reduce a woman's risk of ovarian cancer. These foods include carrots, broccoli, cabbage, and whole grains. Avoiding the fats and proteins in animal-based foods, while instead choosing low-fat whole plant foods can help maintain estrogens at an optimal level, inhibiting the estrogen-driven formation of cancerous cells. Plant-based diets that are oil-free and low in fats of all types do decrease the likelihood of developing ovarian cancer.

Investigators discovered that women who drank more than 2 glasses of milk daily had twice the risk of developing ovarian cancer than women who consume little to no milk at all.​
https://www.drcarney.com/blog/condition-related/dairy-elevates-ovarian-cancer-risk Cruciferous and allium vegetables, (onions and garlic) were found to not only prevent cancer cells from reproducing, they cut the blood supply to tumors.
https://www.drcarney.com/blog/health-issues/which-foods-suppress-cancer-cell-growth Unscrambling the Truth About Eggs

Are eggs really that incredible or are the industry's marketing strategies incredible? Might the consumption of eggs lead towards many types of chronic diseases, including cancer?
https://www.drcarney.com/articles/unscrambling-the-truth-about-eggs
Tags Dietary Fat Ovarian Cancer
PRINT