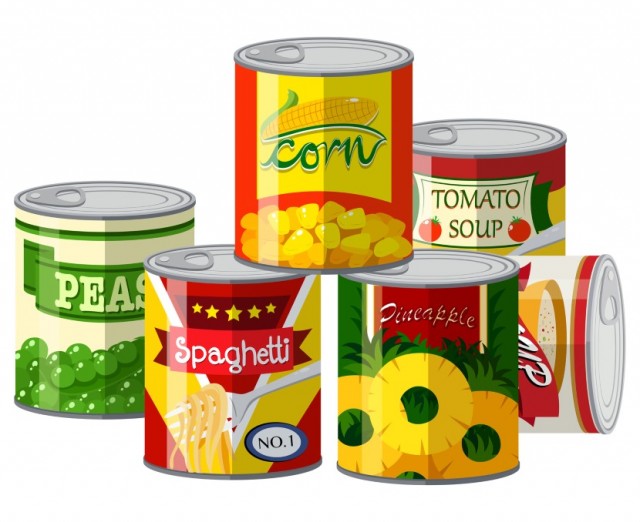 Caned goods that are not labelled BPA-free can raise the body's level of estrogen in non-detectable ways. This includes the estrogen at the cellular level of males as well as females. Notable canned foods include baked beans, cream of mushroom, canned fish, ham, tomatoes, tuna, sardines, and soup. While enjoying popular canned food, even plant-based foods, have you considered what kind of materials are used to line these cans? And, why might you ask that question? Well, the lining of almost all canned foods in the market are made with an estrogen-raising chemical called bisphenol-A (BPA). According to Renee Sharp, Research Director of the Environmental Working Group, a non-governmental organization (NGO) that developed the largest database of companies and products and the use of BPA, "if you go to a store to buy a can, it is likely to have BPA."

BPA is a weak synthetic estrogen widely used in the manufacturing of consumer products, such as plastics, dental sealants, and food storage containers. The estrogen-like activity of BPA makes it a hormone disruptor that mimics the actions of estrogen. Like estrogen, BPA can stimulate the initiation, proliferation, and spread of cancerous cells and tumors in the breast.

Laboratory studies in cells and animals have provided evidence on the carcinogenic effect of BPA on the breast cells. One study published in the Journal Carcinogeneis showed that BPA induced the conversion of healthy breast cells to cancerous ones and promoted the spread of these cancerous cells to other tissues in mice. Another 2017 study reported that increased plasma levels of BPA can accelerate the onset of breast cancer in women.

In my own medical practice, some vegan women who cut out the use of canned foods have lowered serum levels of total estrogens and cured post-menopausal bleeding without medicines, uterine procedures, or surgeries.  When men avoid canned foods as well as meat, dairy, eggs, oils, alcohol, and caffeine, testosterone levels rise due to lower levels of estrogens. My patients have been delighted to learn that they can optimize their health with oil-free, low-fat plant-based diets of whole unprocessed vegetarian foods.

A significant amount of the BPA circulating in our bloodstream comes from eating canned foods. A group of Stanford researchers found out that individuals who consumed canned soups, pasta, and vegetables had a whopping 229%, 70%, and 41% respectively increase in their urinary concentrations of BPA compared to persons who did not eat these types of foods. "Urinary BPA concentrations are evidence of BPA exposure," said Jeniffer Hartle, lead author of the study. By avoiding BPA-containing cans, as well as other BPA-containing containers, individuals can reduce their exposure to BPA and cut down their chances of getting breast cancer.

(3) Latest Research on Exposure to Bisphenol A and Breast Cancer