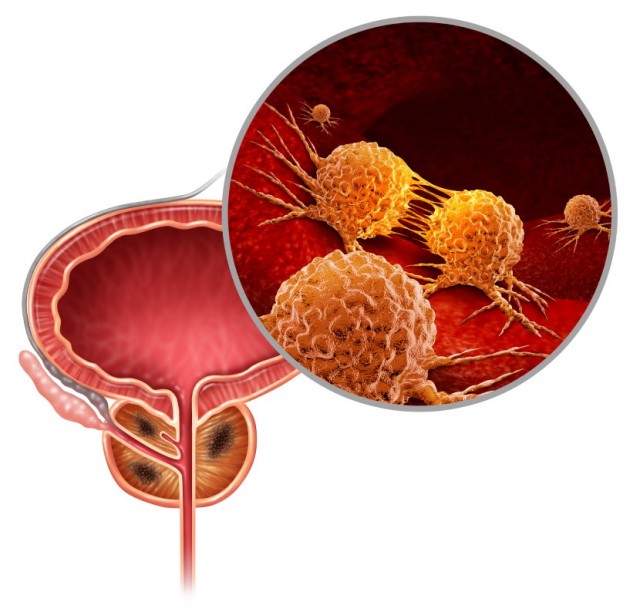 Going vegan could protect men against prostate cancer. This is the findings of a study published in the Asian Pacific Journal of Cancer Prevention. A total of 60 prostate cancer patients and 60 healthy subjects were assessed by their dietary patterns and observed for prostate cancer incidence. Men who followed a diet rich in fruits, vegetables, and whole grain plant foods had less chances of developing prostate cancer.

Data from yet another study that investigated the effect of vegetarian diets on prostate cancer risk reveal a protective association between plant foods and prostate cancer. For this study, researchers assessed the eating habits of 26,346 men who participated in the landmark Adventist Health Study 2. The researchers observed that men who lead a vegan lifestyle had a significant reduction in prostate cancer risk compared to men who subscribed to a non-vegetarian diet. "if you are a vegan male, be thankful that you will have a lower risk of prostate cancer," stated Dr Gary Fraser, one of the authors of the study. This study adds to the long list of scientific research works that point out the beneficial effect of plant foods on prostate cancer.

Many compounds found in plant foods possess potent anticancer properties. These components of plant foods, which some scientists have labeled chemoprotective agents, have antioxidant and anti-inflammatory properties. Remember, inflammation and free radicals play a significant role in the development of cancerous cells and tumors in the prostate gland and other parts of the body. Scientists believed that these chemoprotective agents present in plant foods combat inflammation, prevent free radical-induced damage to the DNA of cells, and even repair damaged components of DNA, thus protect cells against cancer.

About 1 in 9 men in the US will develop prostate cancer and every 18 minutes one American male dies from this disease. About 30 percent (30%) of all cases of cancer in the western world are due to unhealthy dietary choices, according to the World Health Organization (WHO). Following a plant-based diet can protect men from prostate cancer. Therefore, men who want to minimize their risk of developing prostate cancer should consider completely avoiding milk products, fish, poultry,and processed meats and instead, consume fruits, vegetables and grain based whole plant foods in their diet.

Researchers at Loma Linda University Health say the secret may be more fruits and vegetables and no dairy. Interestingly, the lacto-ovo diet and the pesco-vegetarian diet did not give evidence of protection when compared to non-vegetarian Adventists.​
https://www.adventistreview.org/church-news/story3607-vegan-diet-cuts-risk-of-prostate-cancer-adventist-study-finds Prostate cancer is the second leading cause of cancer death for men. ​ Any excuse to perform a biopsy is likely to find cancer in men over the age of fifty​. At every meal we should be filling our plates with an abundance of vegetables, fruits, legumes, and unrefined whole grains. These are the foods which will provide the best protection against prostate cancer​
https://www.drcarney.com/blog/science-inspired/protect-your-prostate-from-cancer Prostate cancer used to be considered an "old man's disease," yet due to increasing poor diet and lifestyle habits, men in their 30s and 40s are now being diagnosed. In fact, autopsy studies have found prostate cancer in men in their 20s who died from other causes.​
https://www.drcarney.com/articles/dairy-products-promote-prostate-cancer