When asked which foods contain iron, most people will respond by listing several types of meat -- beef, shellfish, liver, etc. Few are aware that iron is prevalent in a wide variety of whole plant foods. For example, dark green leafy vegetables, whole grains, beans/legumes, nuts/seeds, are rich sources of iron. Our omnivorous friends often assume that because we eat a meat-free diet, we're more prone to developing an iron deficiency. This simply is not true. As the Medical Journal of Australia points out, "Vegetarians who eat a varied and well balanced diet are not at any greater risk of iron deficiency anemia than non-vegetarians. A diet rich in wholegrains, legumes, nuts, seeds, dried fruits, iron-fortified cereals and green leafy vegetables provides adequate iron intake." Perhaps our omnivorous friends should be less concerned with our iron needs and more concerned with their elevated iron levels. More specifically, iron overload is much more common than iron deficiency. To illustrate this, in the Framingham Heart Study, only 3% of over 1,000 subjects were found to be iron deficient, while 13% had iron overload. Consuming too much iron from animal sources places a toxic burden on the body, leading to serious health issues.

What's the Difference Between Heme Iron and Non-Heme Iron?

The efficiency with which iron is absorbed varies and is influenced by the source (meat or plants) and whether or not the level of iron in our cells and tissues is adequate. Heme iron from meat is more easily absorbed and is LESS INFLUENCED by iron levels while non-heme iron (from plants) IS strongly influenced by dietary factors and body iron stores. A complex system within the body controls the absorption of non-heme iron (plants) by allowing more iron to be absorbed when levels are low, and prohibiting iron from entering the bloodstream when levels are adequate. In other words, the amount of iron that is absorbed depends on how much iron is needed. When iron levels are sufficient, then a small percentage (approximately 5 percent or 1-2 mg a day) of the iron in food is absorbed. The amount of iron absorbed can increase up to 20 percent (up to 6 mg a day) when the body detects low levels. However, Dr. Michael Greger emphasizes "This only works with the primary source of iron in the human diet, the iron found in plant foods. Our digestive system can't regulate the iron in ingested blood—heme iron. The iron in animal foods can just zip right our intestinal barrier even if we already have too much; we have no control over it." Watch doctors Michael Greger, John McDougall and Neal Barnard explain this process in greater detail in the following short video clips (1) Risks Associated with Iron (2) Multiple Sclerosis and Autoimmune Diseases, (3) Avoiding Alzheimer’s Disease.

We live in a modern world where our culture believes that "more is better." In order to thrive, we're told we need more protein, more fat, more iron, more vitamin supplements and more medical care. Consuming more of these has led to an epidemic of chronic debilitating disease, obesity, and staggering health care costs. Although iron is an essential metal, consuming more iron (in the form of heme iron from meat) in greater quantities than what our body requires -- is highly toxic. The effects of iron 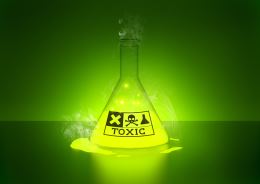 toxicity is considered a catalyst to many health problems as well as the aging process itself. Our bodies require a very small amount -- about 1 to 1.5 milligrams of iron a day to replace what is used except during times of blood loss, rapid growth and pregnancy when more iron is required. Once enough iron has been absorbed, any extra iron that wasn't used or recycled accumulates slowly and is deposited throughout the body causing damage to organs like the liver, heart, pituitary, bone marrow, spleen, pancreas and the central nervous system. There is no physiologic mechanism that eliminates excess iron from the body. Therefore, iron overload and organ failure occur when excess iron is consumed regularly over a period of time, exceeding 1–2 mg/day. Eliminating excess iron deposits can only be achieved by donating blood regularly, through menstruation, and blood loss. It's important to mention that the widespread use of strong acid-reducing medications such as proton pump inhibitors hinder iron absorption while alcohol consumption increases the absorption of iron. Alcohol consumption can contribute to an even greater risk of iron overload.

Our iron needs are higher during times of rapid growth (childhood, adolescence, teens), during pregnancy and the reproductive years for females. Men require far less than women. However, as we age, our iron needs decrease. Those who continue to consume more iron than what is required (which is small) after the age of 50 may accumulate too much of it. Excess iron contributes to the production of oxidative damage and increases the rate aging and risk of chronic disease. Oxidative stress and damage from excess iron stores builds up as we age. Numerous studies have linked excess iron to many adverse health conditions. Below are just a few examples of diseases negatively affected by high concentrations of iron within the body:

The type of iron found in meat has been implicated in the development of cardiovascular disease. Heme iron (from meat) has been shown to increase the risk of stroke but non-heme iron (from plant foods) does not have this effect. In fact, even just a small amount of iron from animal sources increases the risk. Women of child-bearing age can lose excess iron stores through their monthly cycles, which may reduce their risk of coronary heart disease. Yet this presumed protective effect is lost after menopause.

When heme and non-heme iron are studied independently, heme iron clearly increases the risk of coronary heart disease by 57% whereas no association was observed for nonheme-iron.

Dr. Michael Greger reports "The risk has been quantified as a 27% increase in coronary heart disease risk for every one milligram of heme iron consumed daily."

The results of a study published in the European Journal of Nutrition revealed that participants with "higher heme iron intake had a 31% increased risk of coronary heart disease."

As heme iron is absorbed, it "may contribute as a catalyst in the oxidation of LDL cholesterol, causing tissue-damaging inflammation which is a potential risk factor for coronary heart disease." Excess iron in the body can contribute to the development of atherosclerosis due to oxidative stress.More information here.

Research shows that bowel cancers are more likely to develop in individuals who have high iron levels. The risk for cancer can increase up to 12 percent for every milligram of heme iron intake. Numerous studies have reported that an "increased consumption of red and processed meats to be associated with higher risk of lung cancer." In his video, Dr. Greger cites a study which was conducted on the tumors of patients with lung cancer. The study reported: "The study’s findings of heme-binding genes provide additional evidence that heme-iron toxicity may be an underlying mechanism linking meat intake and cancer." Other studies suggest that the consumption of heme iron is associated with colon cancer, especially in women who drink alcohol.

Excess iron has been connected to neurodegenerative diseases of aging, including Alzheimer's disease. The interaction between iron and cholesterol accelerates oxidative damage and the slow progression of this disease. When the brains of patients with Alzheimer's disease are autopsied, iron is found in small ball-shaped beta-amyloid plaques that develop in-between the brain cells. Click here to watch Neal Barnard MD demonstrate how excess iron accumulates in the brain.

A considerable body of literature suggests that that excess iron plays a key role in free radical production and cell injury thus speeding up the aging process in general. "Lowering total body iron has been shown to increase the life span of some organisms." Perhaps this is another reason why those who eat a diet based primarily on whole plant foods live longer.

Non-Heme Iron from Whole Plant Foods is the Best Iron!

Low-carb, high-protein diet advocates boast about meat products being superior over plant foods due to a higher iron content which is more readily absorbed. Yet more iron is not better. Consuming animal 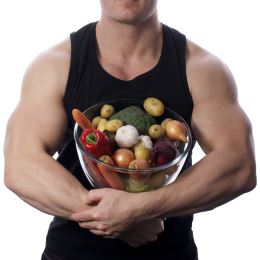 products leads to diseases of excess. Whole plant foods provide all the nutrition we need for maximizing our health and minimizing our risk for disease. In all the studies, the iron associated with higher risks of coronary heart disease, stroke, type II diabetes, cancer, oxidative stress and aging was heme iron which only comes from animal sources. Non-heme iron, is not associated with increased risk of disease. These studies demonstrate the importance of eating a diet that doesn't over load our bodies with too much iron. As we have seen, whole grains, beans/legumes and dark green leafy vegetables provide the type of iron (non-heme) that can be easily regulated by the body. Heme iron (from meat) is more easily absorbed -- it's less likely to be influenced by whether or not iron stores are sufficient. Over time, accumulation of this type of iron becomes highly toxic. However, non-heme iron from plants does respond to iron stores within the body. If iron stores are low, non-heme iron is absorbed. Subsequently, if iron stores are adequate, non-heme iron is blocked from entering the body. Choosing whole plant foods over animal products enables our body to better regulate the perfect balance of iron needed for our daily needs without the consequences of accumulating too much. Dr. Greger's video is a great way to share this information with a friend or family member who might need a little boost in order to consider switching to a plant-powered lifestyle. There's also a community of people here in my Helpful Sharing Community who would be happy to help ease the transition to a future fueled by the power of plants.