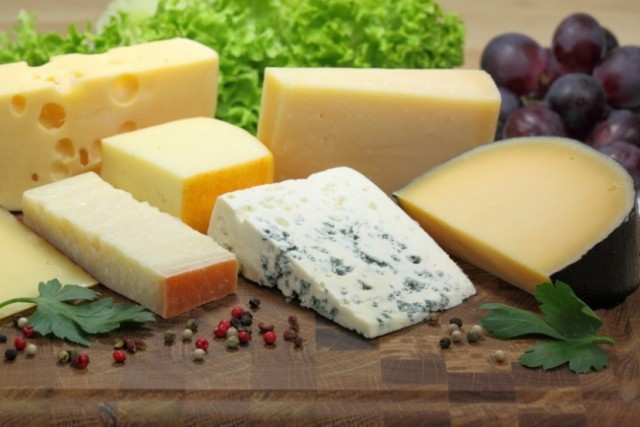 If you eat a diet based on whole plant foods, what food item was the most difficult for you to give up? Although most people assume that meat would be difficult to leave off of their plates (especially for men), nearly everyone says that cheese was actually much more difficult to eliminate than meat. It's no surprise either, since just about every restaurant entree in the United States is smothered with cheese. Undeniably, Americans are obsessed with (and addicted to) cheese. Be that as it may--why are we compelled to eat something that smells like dirty socks and why is it so terribly hard to give up? The answer is that cheese contains concentrated levels of opiate-like substances that are very similar to morphine.

If you're a mother and breastfed your newborn, you are aware of the inseparable bond that nursing created between you and your baby. The images of your baby looking up at you and responding with a satisfying smile are vivid in your memory. As their stomach filled with milk, their anxious cries were calmed, their faces were delighted, and they peacefully drifted off to sleep with an affectionate smile on their face. Wouldn't you agree that both the euphoric and sedative effects that mother's milk produce could almost be described as "drug-like?" And that's exactly what it was meant to do...

Mammalian milk was specifically designed so that newborns are attracted to it so that they keep coming back for more. The properties of mother's milk produce both pleasurable and calming effects. It's nature's way of ensuring that newborns crave the essential nutrients that are absolutely necessary--not only to sustain life, but to grow and to thrive. Without this strong instinctual drive and mother-infant bond, newborns would not survive.

Each of the 5,000 species of mammals consumes the milk provided by its mother and each contains the exact concentrations of nutrients that meet the specific growth and development requirements for its young. Among the 59+ growth factors and nutrients in cow's milk (which are specifically intended for a baby calf) are compounds that function much like morphine. This was discovered in 1981 when Eli Hazum and a group of scientists reported a fascinating discovery. When the researchers analyzed samples of cow's milk, they detected traces of morphine-like substances which are produced by the cow's liver. This compound is seen in human mother's milk as well, not in high quantities however, but just enough that would explain the elated look on your infant's face while they are nursing (since the main protein in human milk is whey with lower levels of casein whereas cow's milk is the opposite.)

Dr. Neal Barnard does an excellent job of putting the pieces of the puzzle together. He explains why we are driven to eat copious amounts of cheese and why it's so hard for us to eliminate it from our diets. In Chapter 4 of his book Breaking the Food Seduction, he says that approximately 80% of the protein in cow's milk is casein. Upon digestion, casein is broken down into numerous protein fragments called "casomorphins." Keep in mind that morphine is an opiate, and these casomorphins stimulate the brain much like opiates do. Casomorphins attach themselves to various opiate receptors within the body producing pleasurable effects such as sedation, pain reduction, sleep induction and euphoria. One protein fragment in particular, Dr. Barnard writes, "has about one-tenth the pain-killing potency of morphine".

Making the Connection - Why are we Addicted to Cheese?

In order to make cheese from milk, most of the liquid (water) portion is removed, leaving behind the protein (casein) and fat, which is then made into cheese. In fact, it takes approximately 10 pounds of milk to make 1 pound of cheese. Thus, the protein, casomorphins, and fat content in cheese becomes highly concentrated once the water has been removed. As a result, cheese contains high levels of opiate-like substances--which is why it produces pleasurable experiences when eaten. Dr. Barnard calls cheese "dairy crack" because of it's "incredibly concentrated source of casomorphins.” His book also mentions another drug-like compound in cheese called phenylethylamine (PEA) which is an amphetamine-like chemical and can be found in both chocolate and sausage.

Dairy marketers and large food industries are very aware of the "drug-like" properties of cheese. They use this to their advantage to boost the sale of their products. By adding cheese to their product, they know it will keep their customers coming back for more--just like addicts need a continuous supply of drugs. Likewise, when an addict discontinues the offending substance abruptly, they experience serious withdrawal symptoms. The same is true when one eliminates toxic food from their diet such as processed foods, meat/dairy/eggs and high concentrations of salt/sugar and oils. Toxic hunger and withdrawal symptoms such as nervousness, confusion, shakiness, and anxiety will be experienced. Therefore, many are reluctant to reduce or eliminate cheese from their diet due to the pleasurable feelings they experience when consuming it, and the unpleasant feelings and cravings it produces when avoiding it.

Many of my previous blogs explain how highly-processed foods stimulate the pleasure centers of the brain, resulting in addictive behavior characteristic to that seen in drug addiction. Cheese is a highly-processed, high-fat (70% of calories comes from fat), and highly-palatable food in which the "rapid rate of absorption" is "associated with addictive-like eating behaviors." If you are struggling with food addiction, I encourage you to click on the links below so that you can learn how to break free from this addictive cycle that's preventing you from reaching your health goals and living the life that you desire. I also highly recommend that you watch my video "Why We Do What We Do?" for which there is a trailer at the bottom of this page!

Click on the 15-minute video below if you'd like to watch Dr. Barnard explain in detail why cheese, sugar and chocolate are physically addictive.

For those of you who are interested in seeing Dr. Neal Barnard's 40-minute (more detailed) presentation, click on the following link: Chocolate, Cheese, Meat, and Sugar -- Physically Addictive.

(1) Which Foods are the Most Popular?

(3) But I Could Never Give up Meat and Dairy!

(6) Losing Weight Without Losing Your Mind

(7) How our Stomach Receptors Help us to Lose Weight

(8) But I Must Have Animal Protein!

(9) Why Dieting Doesn't Work, But Healthy Eating Does